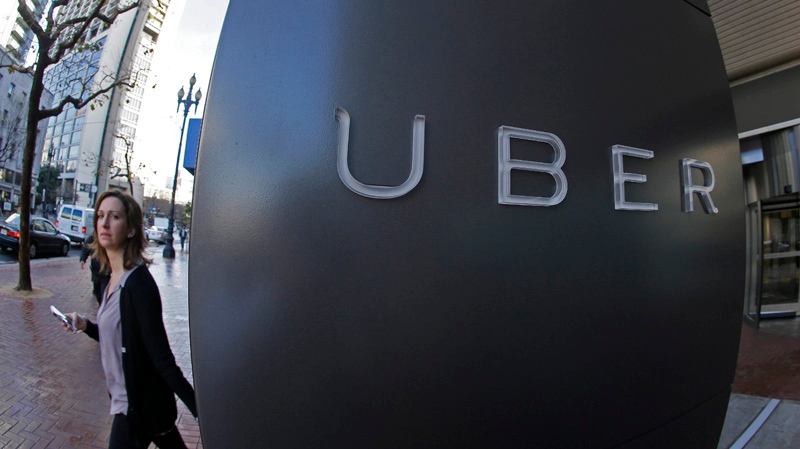 A British employment tribunal ruled Friday Oct. 28, 2016, in favor of Uber arguing it is a technology company linking self-employed drivers with people who need rides, and leaving their drivers without entitlement to minimum wages or vacation time. (AP Photo/Eric Risberg, FILE)

Uber has suffered a third and final failure in its attempt to prevent Revenue Quebec from accessing data seized by Quebec tax authorities.

On Thursday the Supreme Court of Canada refused to hear the appeal filed by the multinational private transportation company.

That means Revenue Quebec can now analyze the information seized from Uber Montreal's offices in May 2015.

An initial challenge to the seizure failed in May 2016 when the Superior Court held that "the judge who issued the search warrants could conclude that there was evidence to support the conclusion that Uber had committed the alleged tax offenses."

In a 55-page decision authorizing the warrant, Justice Guy Cournoyer also posed a major obstacle to Uber's activities at the time, as he concluded that the company was acting as a Taxi company within the meaning of the relevant laws.

The taxi act does not permit the provision of a paid motor transportation service without a taxi permit, and the judge ruled that Uber acted as a "taxi transportation intermediary without a license" and that, as a result, the company had to comply not only with the regulatory obligations but also with the related "tax obligations."

Uber's appeal was dismissed by the Court of Appeal in August 2016, when Judge Nicholas Kasirer concluded that the appeal "would have no reasonable chance of success."