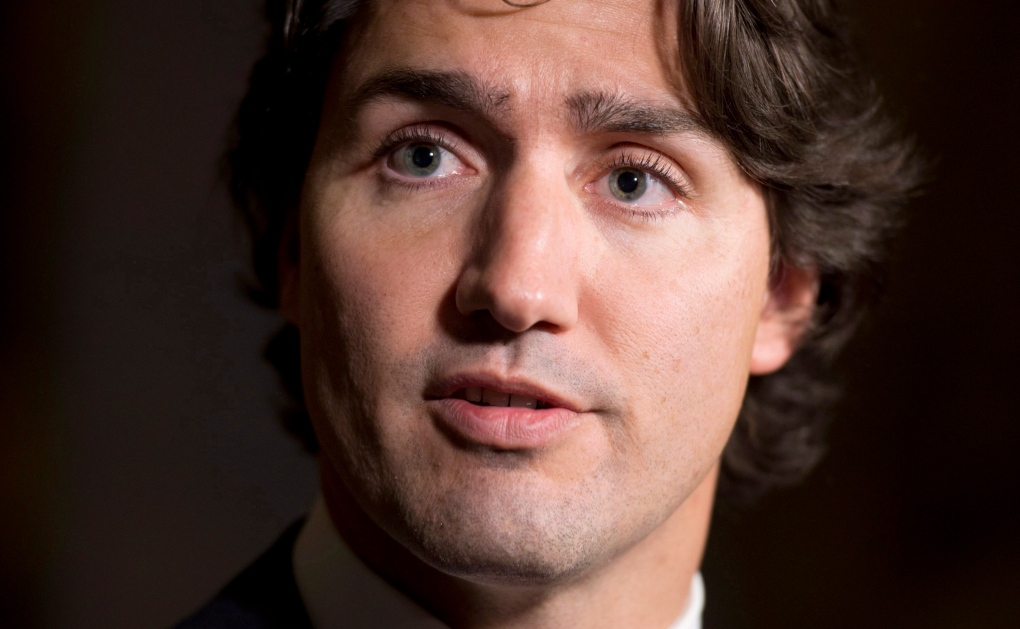 A rehearsal of his opening speech was inadvertently broadcast to the media room several hours before he was to officially welcome some 3,000 Liberal delegates to Montreal.

The practice run included a Skype call to his wife, Sophie, who is staying at home in Ottawa because she's due to give birth to their third child any day.

And it showed Trudeau's mastery of television, as he directed the camera to zero in on his face at one dramatic moment in the speech so that he would appear to be delivering his message directly to viewers.

In the speech, Trudeau exhorts delegates to stay tightly focused on the economic challenges facing the middle class, whom he says have watched their incomes stagnate and their household debt balloon while the gap has increased between rich and poor.

He argues that Prime Minister Stephen Harper's government has "no answers to the economic problems that feed fear and anxiety.

And that, he maintains, has helped create the environment in which the Parti Quebecois government has introduced legislation to prohibit public servants from wearing prominent religious symbols. Despite an outcry from minority groups, the so-called charter of Quebec values has proved popular for the PQ, which is poised to pull the plug on its minority government and call an election.

"In a growing and fair economy, the PQ plan would not only be unrealistic, it would be unthinkable," Trudeau says.

To Canadians outside Quebec, Trudeau says: "I know you worry about how divisions are being stoked in this province these days, how identity politics are generating fear and intolerance. Well, have faith. This idea that diversity is strength has never been a foreign idea here."

To his fellow Quebecers, Trudeau says: "We have spent too long in protest." And he promises to beat back fear with hope.

Trudeau also takes aim at the Harper government's proposed overhaul of the Elections Act, saying it can be summed up as: "The government will let you vote, if you insist, but really they'd rather you didn't."

He says Canadians are counting on Liberals to fight the reforms and vows: "We won't let you down."

It was at that point in the rehearsal that Trudeau gave instructions about camera angles.

"That's a moment when the camera needs to be locked on me because I stare right at the camera," he advised.

Trudeau repeatedly tells delegates that the convention is about building "the team and the plan" that will take the party into the 2015 election.

The convention is being used to showcase some of the star candidates Trudeau has recruited to run for the patty in the next election and to give a glimpse of the platform he intends to run on.

The emphasis on team and plan is reminiscent of the campaign run by Jean Chretien in 1993, when he led the Liberals out of opposition wilderness with the refrain: "We have the plan. We have the people. We can make a difference."

It is aimed at dispelling Canadians' qualms -- stoked by Conservative attack ads -- that Trudeau has neither the judgment nor experience to be prime minister.