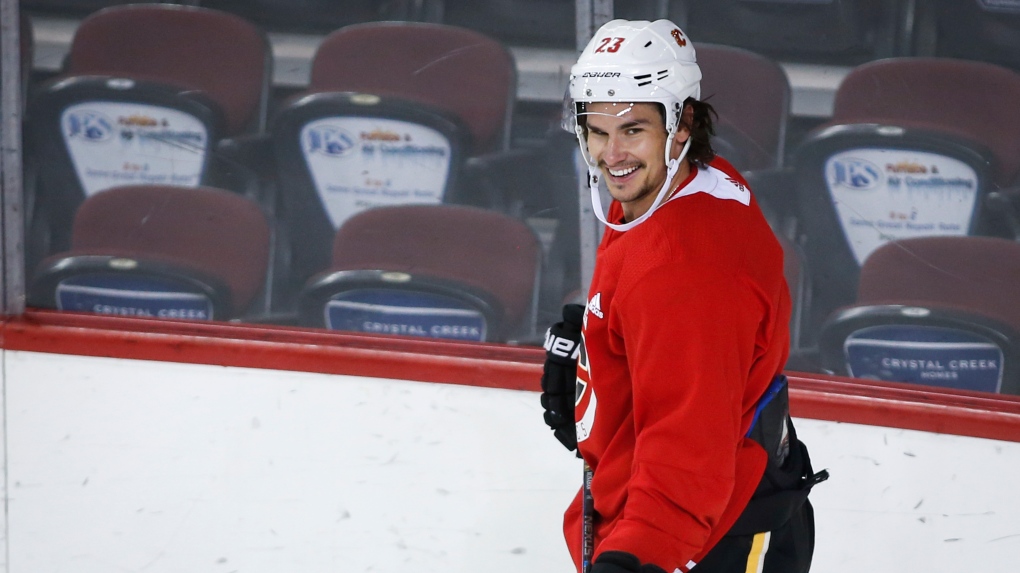 Calgary Flames forward Sean Monahan has been traded to the Montreal Canadiens, according to TSN's Chris Johnston.

The Brampton, Ont. native played 65 games last season, with eight goals and 15 assists. He was initially selected sixth overall by the Flames in the 2013 NHL Draft.

Hearing that Sean Monahan is being dealt to the #habs to help clear space for Nazem Kadri's signing in Calgary.

The 27-year-old missed 39 games over the past two seasons due to hip surgeries.

He was reportedly traded to clear a spot for Nazem Kadri of the Colorado Avalanche.

- With files from TSN.