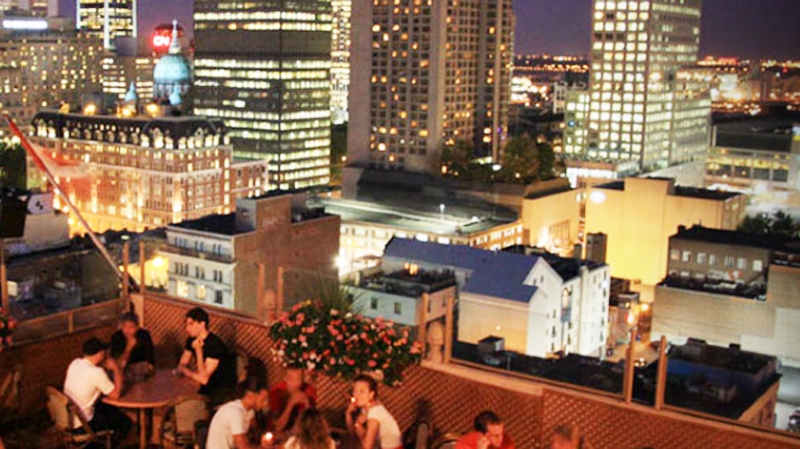 Staffers and clientele are saying their goodbyes, as one of the city’s best-known hotels nears its final day.

The popular Hotel de la Montagne is closing for good next weekend after 30 years as a downtown landmark, known for its quirky décor, its tunnel to Crescent and its rooftop terrace known for its swimming pool and one of the most stunning views of the city.

The rooftop facilities closed last weekend and the entire hotel will be shut on September 9 to eventually be demolished to make way for Selfridge's massive $140-million Ogilvy's project, which will see a larger hotel and condo take its place.

The upcoming project will also entail adding an extra floor to the venerable old Ogilvy’s department store and the rebuilding of several buildings on the east side of Crescent.

The Hotel de la Montagne was built three decades ago by the owner of Thursday’s Bar, Herman Lindy along with Bernard Ragueneau, who took over sole ownership some years later.

Thursday's, which is connected to the hotel via underground tunnel, has been jammed up with patrons who wish to have one last meal at the long-established Crescent St. eatery before it closes with the hotel on September 9.

Tina Rodrigues, who has worked at the hotel since its inception, said that it’s an emotional time on Mountain St.

“We have our feelings and plus we have to serve our clients,” she told CTV Montreal.

“The clients literally cry when they check out. They know they’re not coming back and we have the fact that we’re all going to lose our jobs. The clients ask us ‘what are we doing to do, where will I go? You don’t understand I met my husband here, or my wife here,’” she said.