After a mild stretch of weather this past week across Southwestern Quebec, including record-breaking warmth in Montreal for St. Patrick’s Day, parts of the province are expected to see wintry weather return.

A low pressure system moving up from the United States is expected to bring wet weather to the province beginning late tonight.

Montreal is expected to see precipitation in the form of rain, however areas north of the city - with temperatures closer to the freezing mark - could see patchy freezing rain tonight. Environment and Climate Change Canada has issued freezing rain warnings north of Montreal. 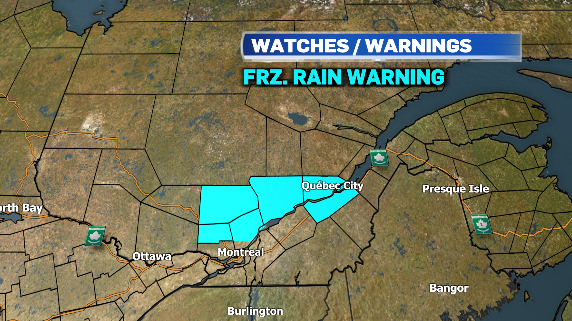 Parts of the Laurentians - including Mont-Tremblant, Sainte-Agathe, Sainte-Adele and Saint-Sauveur - up to Quebec City could see light freezing rain late tonight and early Saturday morning.

Icy precipitation could make roads and sidewalks slick in the morning, however as temperatures quickly rise during the day on Saturday, freezing rain is expected to change to rain.

Eastern regions of the province are under special weather statement for the possibility of snowfall exceeding 15 centimetres. 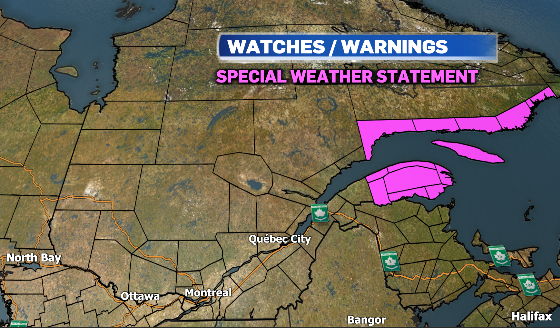 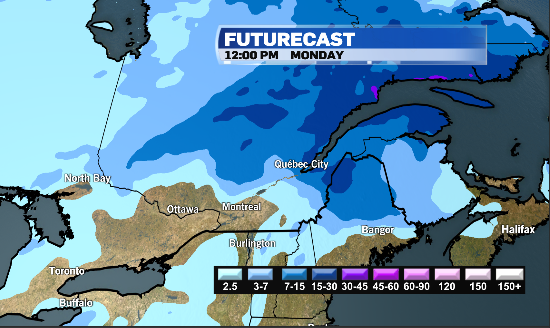 Montreal will continue to see above average temperatures through the weekend however a wetter weather pattern will be in place.

Montreal could see about 25 millimetres of rain Friday night into Saturday. A few spotty showers are expected early Sunday for the first St. Patrick’s Day parade in three years and the first official day of spring. 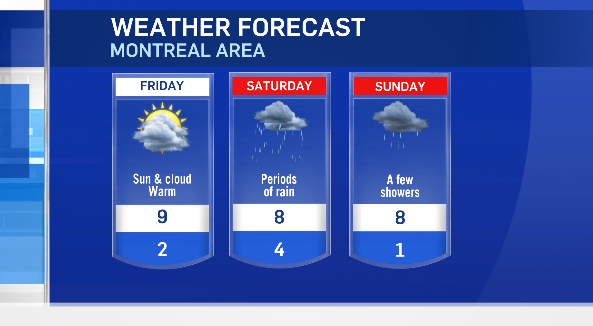 Weather forecast for the weekend in Montreal.

Canadian department store Zellers hopes to make a comeback next year, a decade after the discount chain shuttered most of its locations.

Ontario is extending the deadline for child-care operators to apply for the $10-a-day program and standardizing the process in an attempt to get more providers to sign up.

TikToker puts restaurants, bars to the test over wheelchair accessibility

A Toronto-based disability advocate is using the power of TikTok to raise awareness over the lack of wheelchair accessibility at many restaurants and bars.

Increased loneliness, isolation a side effect of inflation for Canadian seniors

Canadian seniors are being forced to make tough choices, cutting out frills and nice-to-haves in the face of near 40-year-high inflation rates. But older adults also face a unique, less-talked-about challenge — the increased social isolation that experts say often occurs as a result of high inflation.