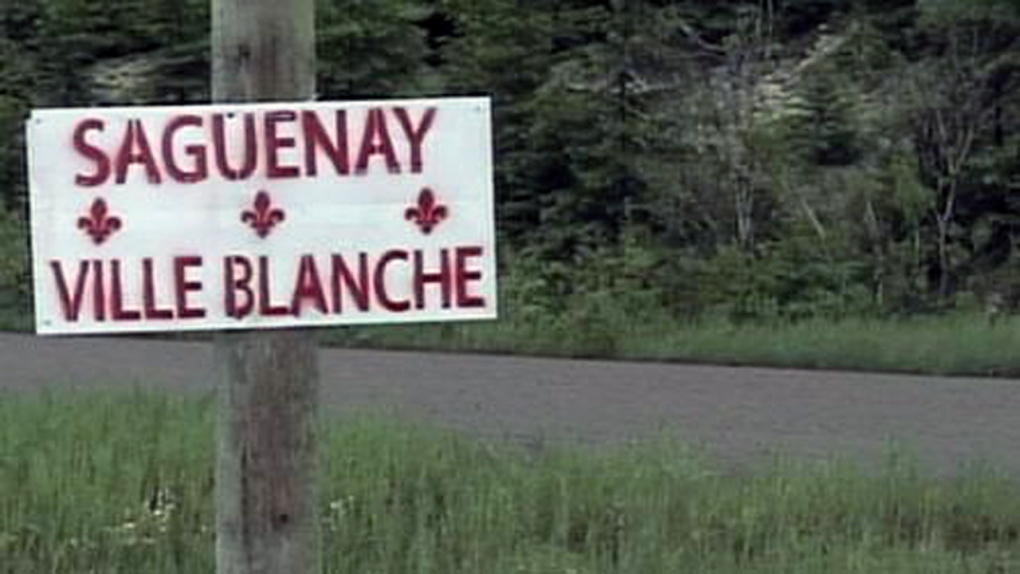 Signs reading 'Saguenay Ville Blanche' (Saguenay: White City) were posted around the city in 2014. In 2017, someone attached a sign with the same racist message onto the sign for a Catholic cemetery.

The posting of the racist sign comes after the Saguenay-Lac-Saint-Jean Islamic Association announced it would resume trying to create a Muslim cemetery inside the Catholic cemetery in Saguenay.

The president of the Association, Mustapha Elayoubi, was reacting to the result of the referendum held the day before in Saint Apollinaire, southwest of Quebec City, where a handful of people voted to block the creation of a Muslim-owned cemetery next to a crematorium.

Three years ago multiple posters with the same bigoted message were placed on poles throughout the city, and stickers with the 'Saguenay ville blanche' logo were also distributed.