Quebec's protesting students: Who are they, and what do they want? 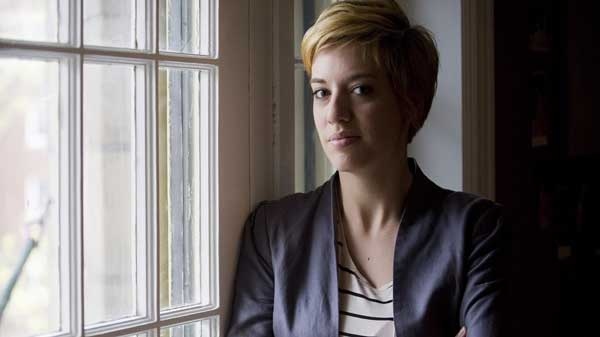 Student Catherine Cote-Ostiguy poses for a photograph at her apartment in Montreal, Monday, April 23, 2012. THE CANADIAN PRESS/Graham Hughes

MONTREAL - Two of them study French literature, one is a musician and another will be teaching high school next year.

What do these young people have in common?

All are students involved in the protest movement that is sweeping the province and garnering some international attention.

They oppose Quebec's tuition hike, which would see university fees rise about 75 per cent over the next five years to about $3,800 a year.

The increase would still leave Quebec with some of the country's lowest university rates, prompting many observers to wonder: Why are these students protesting so aggressively?

The Canadian Press contacted students through their involvement in Facebook groups and student associations, asking them to explain why they became involved in the movement and what results they want to achieve.

In light of recent protests that have become disruptive, some did not want to be publicly associated with the movement and refused to be interviewed. Two asked, after having already been interviewed, to have their names removed. One asked not to be photographed.

Here are six students who were willing to publicly share their stories.

Career aspirations: Wants to work in the publishing industry after finishing her thesis.

Involvement: Active in the movement since its inception. Her poem-turned-YouTube video, called Speak Red, has almost 50,000 views to date. It's based on the classic Quebecois poem "Speak White," first recited in 1970 as a complaint against anti-francophone prejudice.

What she wants: Says ongoing events are not just a student movement, but a social movement with tuition fees being the first step. Says the government no longer reflects the people's will, and the protest goal is to "take back our society."

Career aspirations: Unsure of his future goals, but would like to make a living by playing, writing and teaching music.

Involvement: Hails from the West Island of Montreal. Says he had never been involved in activism or interested in politics until entering CEGEP and becoming friends with students who -- unlike himself -- struggled financially and became active in the anti-tuition protests.

What he wants: Tuition hike doesn't personally affect him as his parents pay for his education, but says he's protesting to support his fellow students. Believes the protests have taken on a broader, social scope against the "the capitalist system in place right now."

Involvement: A self-described communist who joined the student protests while attending Dawson College. Says her parents -- who were involved in the Marxist-Leninist Party in the 1980s in Winnipeg -- influenced her values and sense of social activism.

What she wants: Tuition freeze; ideally, tuition "should be free across the planet," but freezing current fees is a small step of what she sees as a larger goal. Says it also isn't just about the money, but about standing up to a government she believes has taken too many liberties against people.

Career aspirations: Has tentative plans to become a high-school teacher by the fall of 2013.

Involvement: As a student and future teacher, says she is passionate about making education accessible. When the tuition hike was announced in 2011, she worried it would prevent certain people from going to school and began attending her university's information sessions.

What she wants: Tuition freeze. Also believes the protests have become part of a larger, societal issue. Is calling on the government to stop placing capital interests "above the interests of the people."

Career aspirations: Uncertain about his plans, but is looking to pursue further graduate studies in philosophy and teaching.

What he wants: Says the protests over tuition hikes are part of what has become a bigger movement that is exposing broader social injustices in the province. Says re-freezing tuition would be a great first step, but wants the government to recognize and re-evaluate its "capitalist policies."

Career aspirations: Wants to pursue her PhD in French literature or be a CEGEP teacher.

Involvement: Has had a role in student activism since joining her junior-college student union and participating in the 2005 Quebec strike against budget cuts to the loans and bursaries program. Sought to be part of the student mobilization when the hike was announced last year.

What she wants: Tuition fees to stay as they are. She would at least like to see a lowering of the hike or an extension of the five-year phase-in period. Has bigger goals -- says the protests have raised social consciousness and Quebec needs to "have a vision" about the kind of province it wants to be.