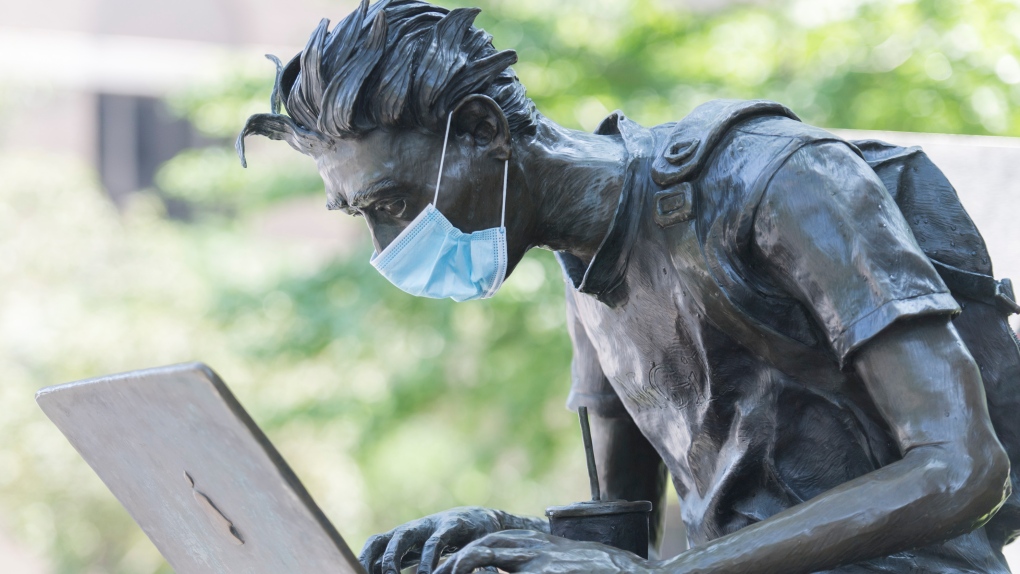 A face mask is shown on the sculpture titled 'Le Lecon' (The Lesson) in Montreal, Sunday, July 19, 2020, as the COVID-19 pandemic continues in Canada and around the world. The wearing of masks or protective face coverings is mandatory in Quebec as of July 18. THE CANADIAN PRESS/Graham Hughes

MONTREAL -- There are now 5,657 people who have died of COVID-19 in Quebec, health authorities announced Monday, as confirmed cases in the province reached 57,616.

That’s up two from the total of 5,655 deaths reported Sunday.

COVID-19 cases in Quebec rose 150 from the total of 57,466 announced a day earlier; that's the ninth day in a row during which 100 or more cases were reported, but down from the 166 new cases reported Sunday.

There are 251 people being treated for COVID-19 in Quebec hospitals as of Monday, the same number that was reported Sunday. Of those in a hospital, 17 are in intensive care, down one from the 18 reported 24 hours earlier.