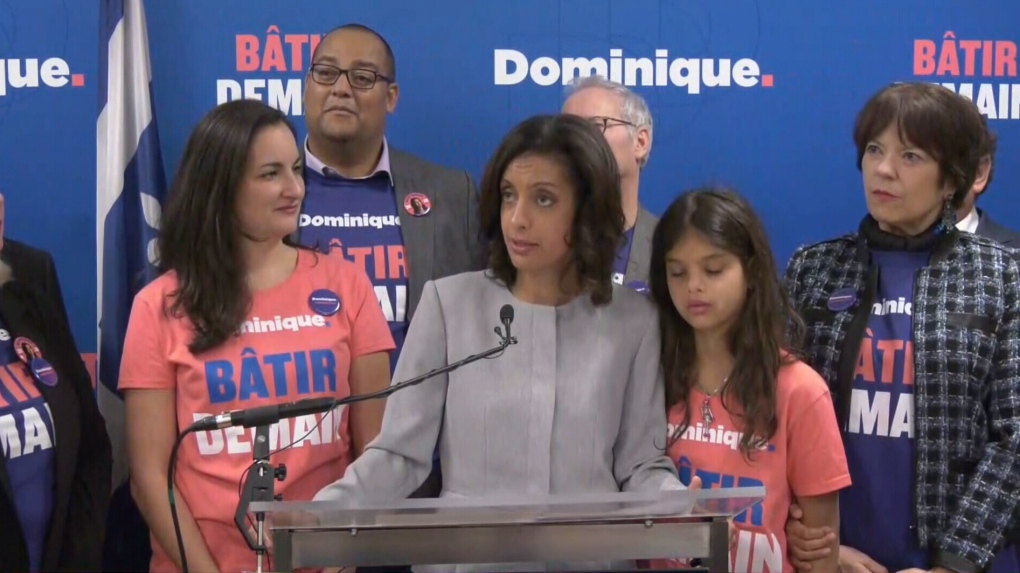 QUEBEC CITY -- Tensions between the two camps squaring off in the leadership race of the Quebec Liberal Party rose a notch Monday, with the party's ethics at the heart of the budding conflict.

Members of the Liberal caucus are starting to worry that tangible animosity between the camps of candidates Dominque Anglade and Alexandre Cusson will leave a mark, to the point that it could undermine the party's unity the day after it chooses its next leader on May 31.

Anglade's team has asked MNA Marwah Rizqy, the right-hand woman of Cusson, to put an end to personal attacks against Anglade, a fellow MNA from Montreal.

On Sunday, during the launch of Cusson's campaign, Rizqy hinted that Anglade was practicing 'denial' by avoiding tackling head-on the issue of ethics at the Quebec Liberal Party.

On Monday, in the wings of the Liberal caucus being held in preparation for the next parliamentary session, the two co-chairs of the Anglade campaign, MNAs Carlos Leitao and Marie Montpetit, as well as Anglade herself, publicly called Rizqy to order.