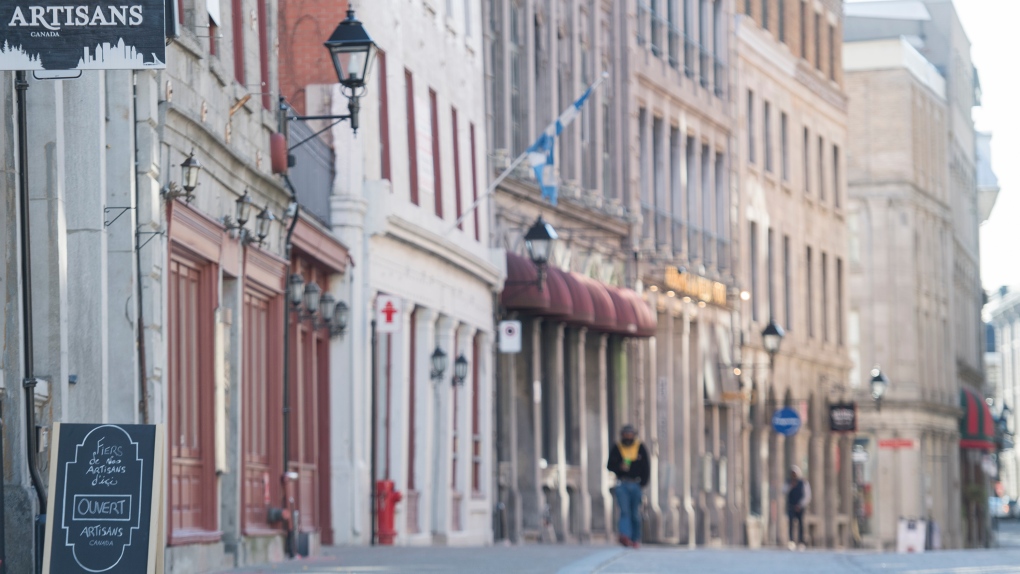 A sandwich board is shown on an almost empty street in Old Montreal, Sunday, October 25, 2020, as the COVID-19 pandemic continues in Canada and around the world. THE CANADIAN PRESS/Graham Hughes

MONTREAL -- An analysis by the Institute of Quebec (IDQ) notes that the employment situation deteriorated slightly in the province last month compared to the previous month, as a result of the effects of the second lockdown caused by the COVID-19 pandemic.

The accommodation and catering sector has suffered the consequences of the decline in employment. In one month, the sector lost nearly 42,000 jobs -- around 19 per cent of the workforce in September.

Mia Homsy, president and CEO of the IDQ, reports that nearly two-thirds of the jobs lost during the pandemic are in this industry, which she finds particularly worrying.

The information and culture and recreation sectors are also struggling to regain lost jobs.

At the time of the survey in October, 207,0000 employed people had still not declared their hours worked compared to 140,000 last February. However, this number has been steadily declining since April.

The employment rate of less educated people remains very volatile. In the medium term, a second lockdown could further affect this segment of the population.

The IDQ observed that the unemployment rate of immigrants remains higher than that of people born in Canada.

The analysis also shows that employment in the Montreal region has almost returned to its February level. In October, the region had recovered 99 per cent of its lost jobs compared to 95 per cent for the rest of Quebec.

According to data drawn from Statistics Canada, Quebec ranks fifth among Canadian provinces in terms of job recovery, behind the four Atlantic provinces.

This report by The Canadian Press was first published Nov. 11, 2020.