MONTREAL -- About 100 demonstrators gathered in Mont-Royal Park on Friday evening to march for the protection of the French language, and against the government's new language-law update, Bill 96.

The protest was organized by the Société Saint-Jean-Baptiste de Montréal (SSJB) and the Movement of Young Sovereigntists.

The demonstraters said they're not happy with the CAQ government's Bill 96, meant to reform the main provincial language law, Bill 101, while also amending part of the federal Constitution. 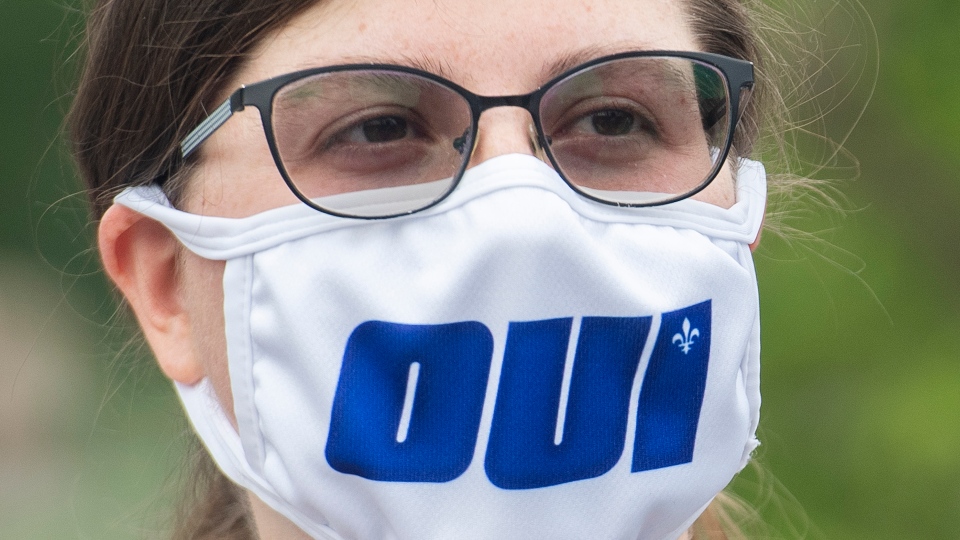 French language supporters take part in a demonstration in Montreal, Friday, May 21, 2021. THE CANADIAN PRESS/Graham Hughes

For her, the bill amounts to "putting the problem back in the hands of the next generations," while "the one and only way to protect the French language is through independence."

"It's as if the boat is sinking and we are trying to fix it with hands and Scott paper towels while the problem is the boat itself," said Jacques Martin, an activist for the youth group at the event. He said he also considers the new measures to be "cosmetic."

Bill 96 provides for amending the Quebec section of the Canadian Constitution to include recognition of Quebec as a nation, and a nation of which French is the only official language.

If adopted, the reform will also limit access to English-speaking CEGEPs, extend the provisions of Bill 101 to businesses with 25 or more employees, and grant more power to the Office québécois de la langue française.

The leader of the Parti Québécois, Paul St-Pierre Plamondon, went to the protest but said he doesn't object as strongly to the bill.

He said he considers the draft bill to be "not bad," but added that it's "not proportional to the causes of the decline"  of the language. 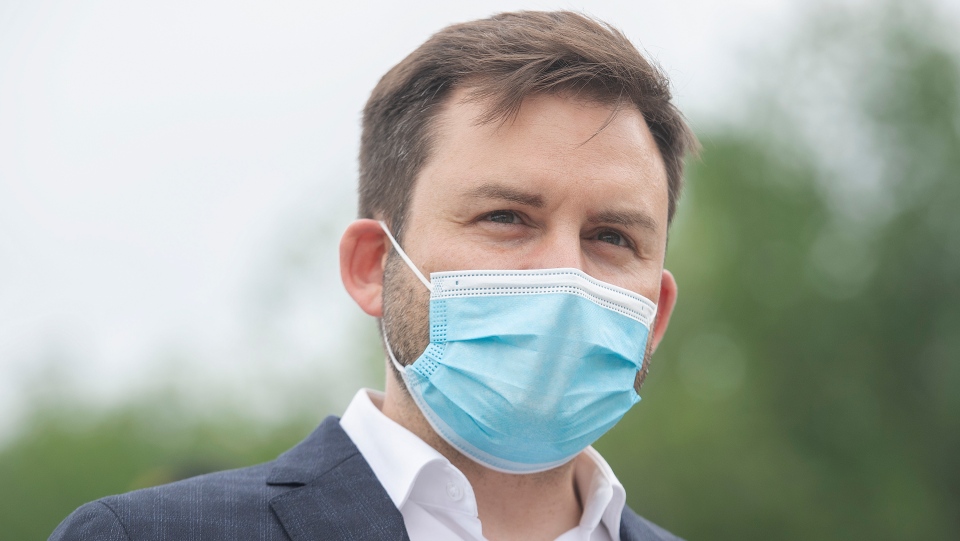 Parti Quebecois Leader Paul St-Pierre Plamondon speaks during a protection of the French language demonstration in Montreal, Friday, May 21, 2021. THE CANADIAN PRESS/Graham Hughes

He called for, among other things, "the requirement of French for economic immigrants" and the application of Bill 101 to CEGEPs.

The demonstration, attended by people of all ages, stayed calm under the watchful eye of the Montreal Police Department.

About ten members of the group Jeunesse patriote communiste, the youth wing of the Communist Party of Quebec, were present and waved several flags, including that of the Front de liberation du Québec or FLQ.

Most of the participants wore a mask and observed physical distancing measures.

According to Statistics Canada 2016 census data, six per cent of Quebecers do not speak French. In Montreal, the rate is 13 per cent.

There are 13 per cent of Quebecers who don't use French at work, and 18 per cent who don't speak it at home.

This report by The Canadian Press was first published May 21, 2021.