Prime Minister Justin Trudeau reiterated words of solidarity for Ukrainians in Canada and abroad during a special visit to Montreal Sunday.

"Ukrainians are not just fighting for Ukraine, and your culture, language and history," he said during an unprecedented visit to Ukrainian groups in the city. "The pillars of Ukrainian democracy matter deeply to canada and the rest of the world."

He thanked volunteers who have been helping refugees from Ukraine while sending money and other support back to the country. The prime minister said the government will continue to put pressure and sanctions against Russia, and to send help to Ukraine.

READ MORE: What Russia's invasion of Ukraine says about its military capabilities

Trudeau met Montrealers at two congregations a block away from each other -- the Saint Sophie Ukrainian Orthodox Cathedral and the Ukrainian Catholic Parish of the Assumption of The Blessed Virgin Mary.

Both churches have organized aid initiatives for Ukrainian people. Before the prime minister arrived, volunteers were busy packing boxes filled with medicine, antiseptics, and food.

Canada’s support for Ukraine has not wavered, and Canadians – like the ones I met in Montreal this afternoon, who were busy preparing packages for displaced Ukrainians – are doing all that they can to help out. Thank you for stepping up at this critical time. pic.twitter.com/7SsDc04mSq

Volunteers and community leaders had high hopes for Trudeau's arrival prior to Sunday's event.

"When I received this news I was like, 'wow'," said Saint Sophie's Dean Volodymyr Kouchnir. "It's impressive to have a prime minister visit us."

"(I'm) hoping to have some answers in terms of no-fly zones, and what kind of help we can have," said Myroslaw Balycky, president of the Catholic Parish. "I still have cousins in Ukraine, and one of them wants to come."

Trudeau had arrived in Montreal earlier that day in Montreal to attend the yearly Greek Independance Day parade on Jean Talon St. where he marched alongside thousands of residents. 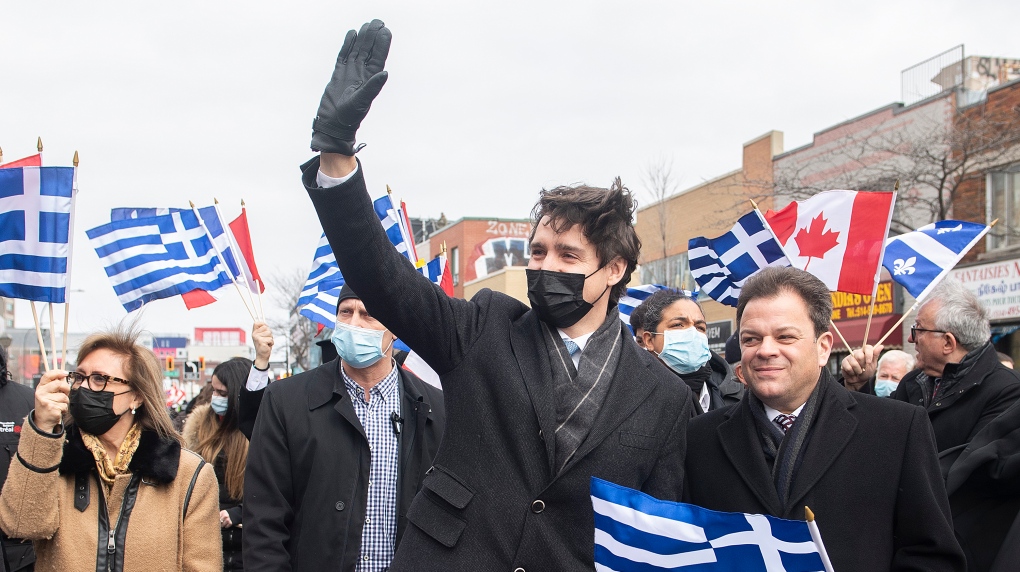