Planning to do renovations? Surveys show construction material costs are set to climb 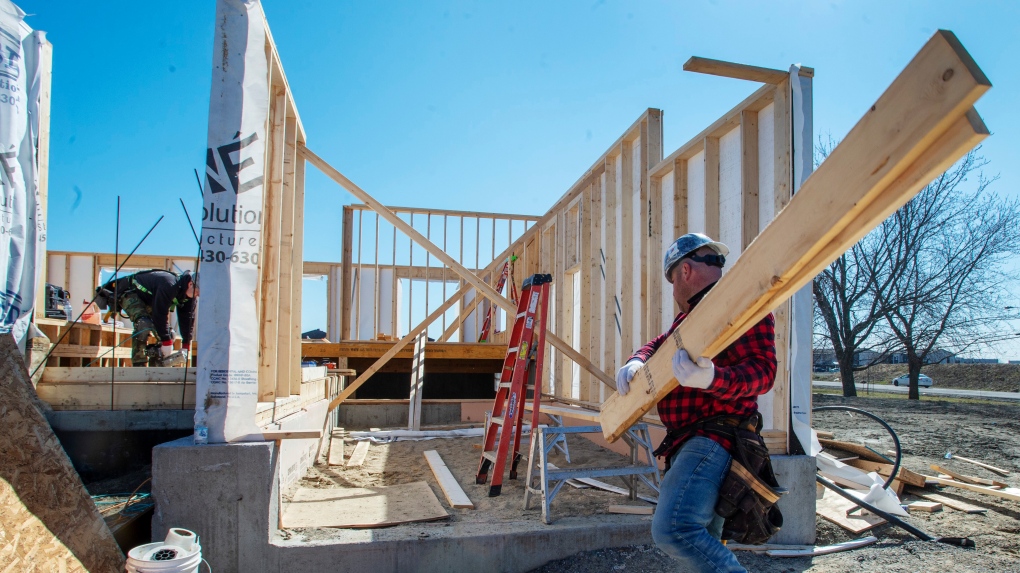 Charles Rochfort, left, and Jonathan Grenier work on a home after Quebec lifted the ban on residential construction due to the COVID-19 pandemic in April. Contractors may feel the pain of price increases as the construction season is about to begin. THE CANADIAN PRESS/Ryan Remiorz

MONTREAL -- With the approach of another construction season that promises many residential renovations in Quebec, a survey of contractors carried out last month suggests other material supply problems that could cause significant price increases for consumers.

The Leger telephone survey conducted among 750 entrepreneurs and managers of construction and renovation companies reveals that since March 2020, just over four out of five entrepreneurs have faced problems such as delivery times, transit times on construction sites, suppliers being out of stock or at a low inventory level.

Another Leger survey conducted last December of 1,000 respondents indicated that since last March, 65 per cent of homeowners have done renovations to their homes, in particular work relating to the patio, terrace, balcony and landscaping, but also plumbing, electrical, roofing and insulation work.

The survey also reports that two in three homeowners plan to renovate their home by next September. Over half of the entrepreneurs surveyed (51 per cent) predict that by September they will be as busy as they have been so far since the start of the pandemic; 29 per cent expect to be even more so.

Jean-Francois Samray, of the Quebec Forest Industry Council (CIFQ), believes that the results of these surveys and the expected increase in demand for lumber demonstrate the urgency for the Quebec government to complete the revision of the forestry regime to meet the foreseeable needs of entrepreneurs and consumers.

The professional groups that commissioned the two surveys also encourage consumers, contractors and work providers to be transparent and clear about bids, particularly deadlines, and to include price adjustment clauses.