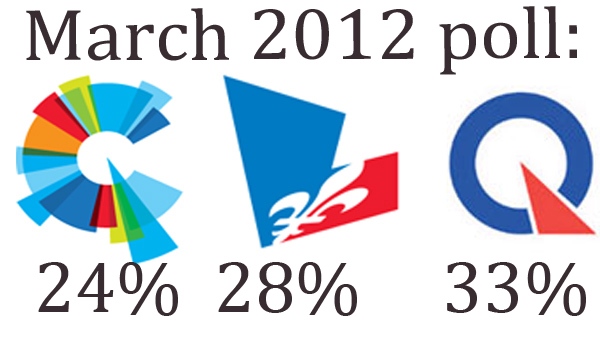 The PQ has taken a significant lead in the Quebec provincial poll.

After suffering through months of unpopularity and defections, the PQ now has the support of 33 percent of voters, compared to 28 percent for the Quebec Liberal Party.

Quebec Solidaire and the Green Party of Quebec lag behind with six and four percent, respectively. The fledgling Option National has two percent support.

Pauline Marois was chosen by 25 percent as the best possible leader, which is about double what she was polling as recently as December.