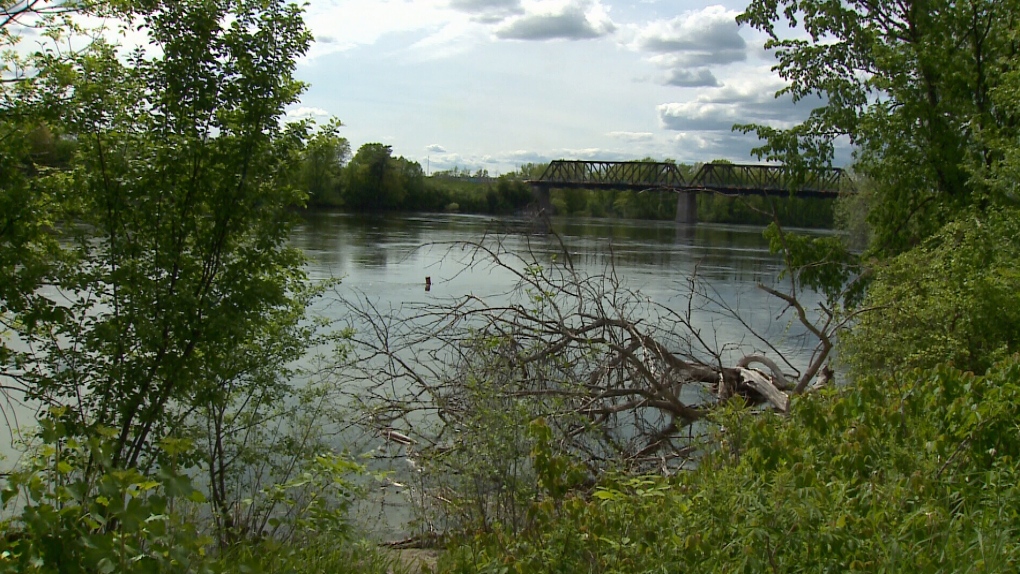 Officials are warning that rainfall could cause flooding along the Gatineau River this week. (Aaron Reid/CTV News Ottawa)

Rainfall is expected in several regions of Quebec this weekend and a dozen bodies of water are under continuous surveillance by hte province's public safety ministry because of the risk of flooding.

In the Outaouais, the persistent rain of the last few days caused minor flooding on Friday in the Gatineau River at the level of the Route 366 bridge.

Areas between the Alonzo-Wright Bridge and Moreau Street are likely to be affected due to the drawdown of the Baskatong Reservoir and ongoing rainfall.

The municipal administration has asked residents to collect sandbags, build dikes and prepare a 72-hour emergency kit while checking the city's website for information.

According to Hydro-Québec, the Gatineau River is expected to rise by 40 cm at the Alonzo-Wright Bridge.

Precipitation is expected to be particularly heavy in the Haute-Mauricie and Saguenay-Lac-Saint-Jean regions, according to André Monette, head of the meteorological service at Météomedia.

"That's where a lot of precipitation is expected and there has already been a lot of it, so since there are rivers with high water levels, we'll have to keep an eye on it," Monette told The Canadian Press.

The meteorologist said Friday morning that he will have to be on the lookout for the "next 24 hours," but that river levels should drop after the weekend.

Here is the list of rivers that are being monitored by the Ministry of Public Security as of Friday morning: