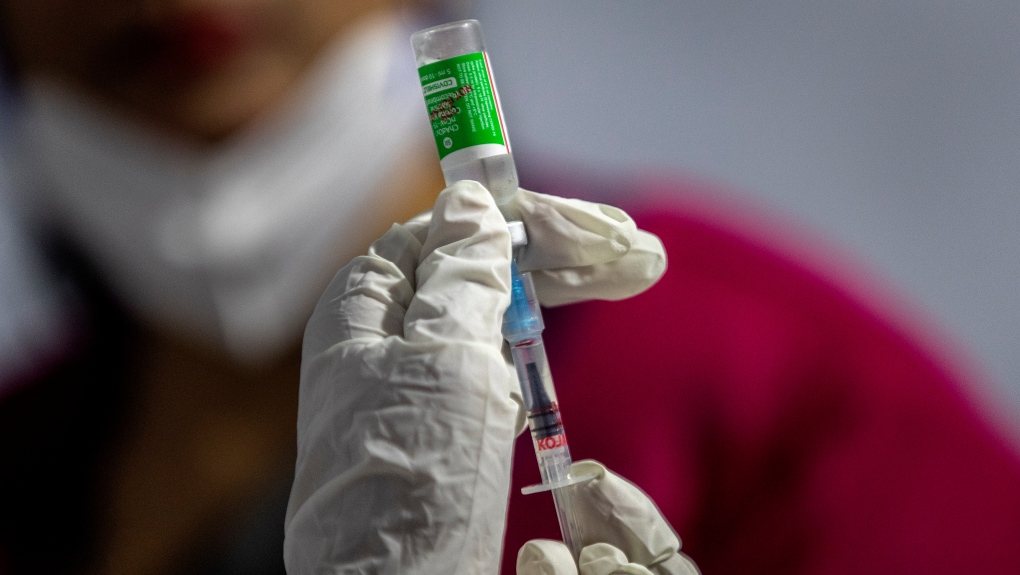 MONTREAL -- Even though they are at higher risk, people with cancer and those with chronic health conditions like diabetes and lung disease are not being prioritized to receive the COVID-19 vaccine.

While the pace of vaccine dose arrivals is accelerating in Quebec, it is still not possible for them to jump the queue and get a dose.

This decision is devastating news for associations representing the interests of people living with serious diseases, who are more at risk of developing serious complications if they contract COVID-19, and even of dying.

"I have a patient who has been living in hiding since the start of the pandemic," said Dr. Remi Rabasa-Lhoret, who treats patients with diabetes. "And others have hardly been out of the house for a year."

They are afraid, the endocrinologist and president of the professional council of Diabète Quebec said.

"Because these patients, if they are infected with the novel coronavirus, are two to three times more likely to end up in intensive care and die than a person of the same age without chronic disease," he said. "Several scientific studies confirm this. The higher risk is well established."

This is also the case for several chronic conditions, such as kidney disease, "which are a huge risk factor."

The Quebec Lung Association agrees feeling people with lung disease should receive their first dose of the vaccine faster than currently planned.

Its general manager Dominique Massie said that "age is not the only criterion of vulnerability."

"Very young people have serious lung disease," she said, and they don't yet know when their turn for the vaccine will come.

"They are just waiting for this, the vaccine, to start living again," she said.

The Government of Quebec began the vaccination campaign, starting with seniors living in long-term care centres and the health workers who take care of them. Then, the general population can schedule a vaccination appointment according to age, the oldest first.

People living with cancer or chronic diseases must therefore wait their turn and sign up along with those in their age group who do not have a health problem.

Asked about this, the Ministry of Health justified its position saying "age is a risk factor for complications that is more important than the presence of comorbidities."

"As a result, adults under the age of 60 who have a chronic illness or condition that increases the risk of complications from COVID-19 will be vaccinated in eighth place, after people over 60," it said.

The ministry indicated, however, that work is continuing to precisely define the list of chronic diseases and health problems that increase the risk of complications from COVID-19.

For the moment, however, "the vaccination priorities remain unchanged."

"A lack of judgment," said Massie.

The Quebec Cancer Foundation has taken a public position - by supporting and signing a letter sent to the government by the Association des médecins hématologues et oncologues du Québec - in favour of prioritizing people with cancer, since "they are immunosuppressed due to the disease."

"It seems to us that people with cancer have suffered enough with isolation," said the foundation's communications and public relations advisor Leopoldine Frowein.

The government has not yet made a decision, said Frowein, but said it was sensitive to the request.

For its part, the Lung Disease Association says it has not heard from the government. In the meantime, she is crumbling under phone calls from worried people, asking questions and needing reassurance, said Massie.

When a person is diagnosed with idiopathic pulmonary fibrosis, they usually only have three or five years to live, she explained. Every month matters to them.

The government of Quebec is sensitive to the situation, said Rabasa-Lhoret, but the latter supposes that the obstacle would be the heavy and complex logistics of the exercise: establishing a list of diseases and the obligation for the person to prove that she suffers from it, in order to be vaccinated more quickly.

Difficult, perhaps, but not impossible, says the doctor who is the vice-president, clinic and clinical research at the Institute of Clinical Research of Quebec (IRCQ). Patients can bring their medication list with them to the immunization appointment, a way to prove they have an illness that puts them at greater risk of serious complications from COVID-19, he said, as a possible solution.