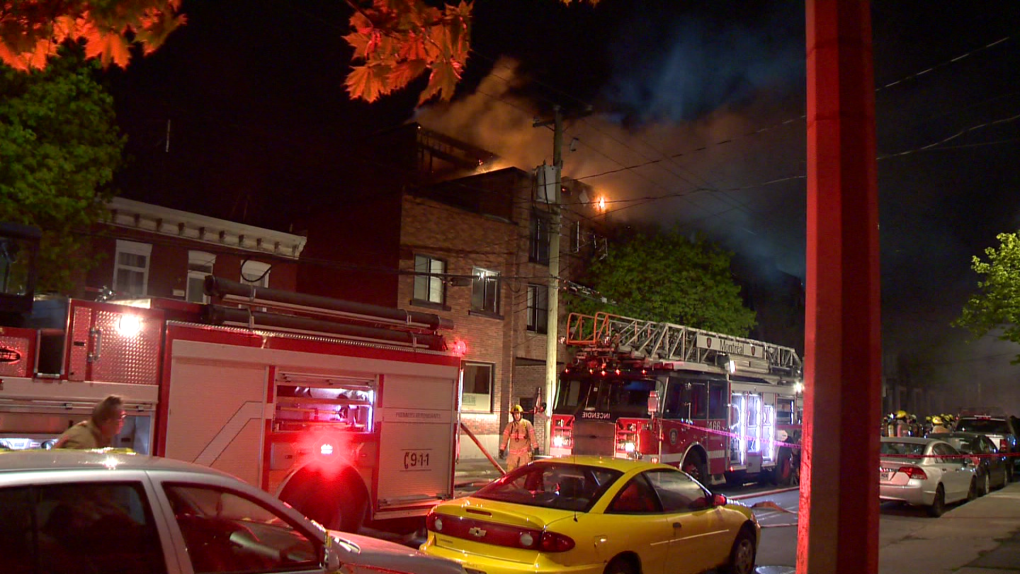 More than 100 firefighters responded to a five-alarm fire in Verdun on Monday, May 18, 2020 / Cosmo Santamaria, CTV Montreal

The first firefighters arrived on scene around 2:52 a.m. and called a second, third, fourth, and fifth alarm within an hour.

The fire began on the third-floor mezzanine of a condo building and spread to two surrounding buildings, all of which were inhabited, said Jean-François Larente of the Montreal Fire Department.

No one was hurt, and the cause of the fire is currently unknown. 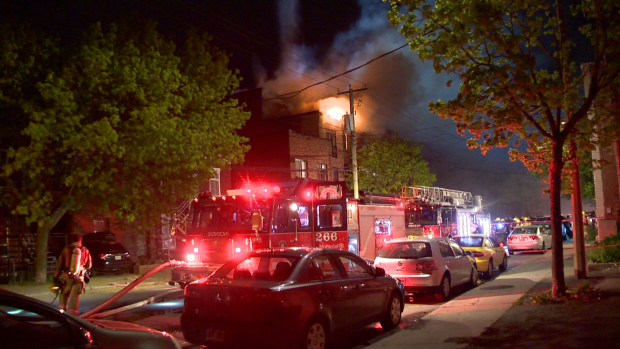 Firefighters were on scene until about 6 a.m.

The building where the fire began and the one immediately beside it are seriously damaged, but the third one, which was also evacuated, isn’t as bad, Larente said.