Montreal stabbing of Orthodox Jewish man may have been work-related conflict: police

Montreal stabbing of Orthodox Jewish man may have been work-related conflict: police 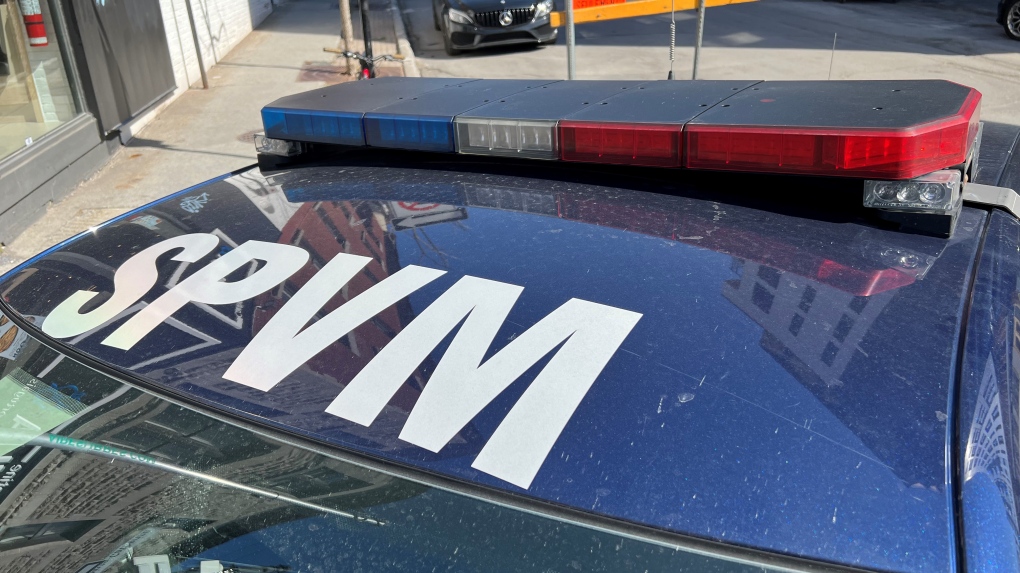 Montreal police (SPVM) said it's possible the stabbing was a work-related conflict, as the victim and suspect are coworkers.

In a video circulating on social media Friday, a man wearing a kippah and prayer shawl (tallit) is seen standing outside a door, with one leg resting on a knee scooter. A man dressed in black then emerges from the door and appears to stab the victim in the face or neck.

According to the SPVM, the stabbing occurred around 1:30 p.m. The victim was transported to hospital but is in stable condition.

The 21-year-old suspect, Mouloud Machouche, was arrested and appeared in court Friday. He is facing charges of assault and use or threat of using a weapon.

Jewish service organization B'nai Brith confirmed the victim is an Orthodox Jewish man. The group has spoken to police and is monitoring the file.

An Orthodox Jewish man is brutally attacked with a pair of scissors, stabbed in what appears to be the face/neck area.

The attacker has been arrested and the victim thankfully is in stable condition. pic.twitter.com/X5nivsOawU

Marvin Rotrand is a former Montreal city councillor and the director of B'nai Brith Canada.

He said while it's unclear whether the victim was targeted because of his faith, incidents like these nevertheless instill fear in the Jewish community.

"All these things add up, and people get very, very worried."

The community is especially on edge, he said, given that hate crimes against Jews have reportedly risen in previous years.

A B'nai Birth audit found 2021 was Canada's highest year of antisemitic incidents since the organization began recording this data in 1982.

"Last year, in our own auditing, we recorded 75 violent incidents against Jews in Canada. And that was a greater number than the five years previous," said Rotrand.

To move forward, Rotrand said police and civil servants must have a "better understanding" of what antisemitism looks like.

He also called on Canada to update its laws regarding online hate by obliging platforms to remove hateful content.

"We think the tools are there, but it's going to take regulation and legislation from the government of Canada."

Businesses in Canada will soon be able to pass credit card fees on to their customers, thanks to a multimillion-dollar class-action settlement involving Visa and Mastercard.

Price at the pumps hold no surprise this morning, with national averaging slipping

Drivers across Canada were bracing for a big bump in the price at the pumps today, with whispers of a 10-cent hike. But according to the CAA's gas price tracker, as of 4 a.m., the national average price of gas slipped from $1.64 per litre to $1.61.

While Canadians have endured months of rising prices for staples such as food and gas, one product consumers may have noticed little change in is retail cannabis.

In just over three weeks, everything in royal life has changed. In an exclusive column for CTVNews.ca, royal commentator Richard Berthelsen explains how.

When you eat may dictate how hungry you are, study says

We all know that eating later in the day isn't good for our waistlines, but why? A new study weighed in on that question by comparing people who ate the same foods -- but at different times in the day.

Teenage chess grandmaster Hans Niemann 'likely cheated' in more than 100 online matches, including ones with prize money involved, according to an investigation by one of the sport's most popular websites.

Russian President Vladimir Putin has signed laws formally absorbing four Ukrainian regions into Russia, even as its military struggles to control the territory that was illegally annexed.