Montreal road closures for the weekend of Sept. 28-29 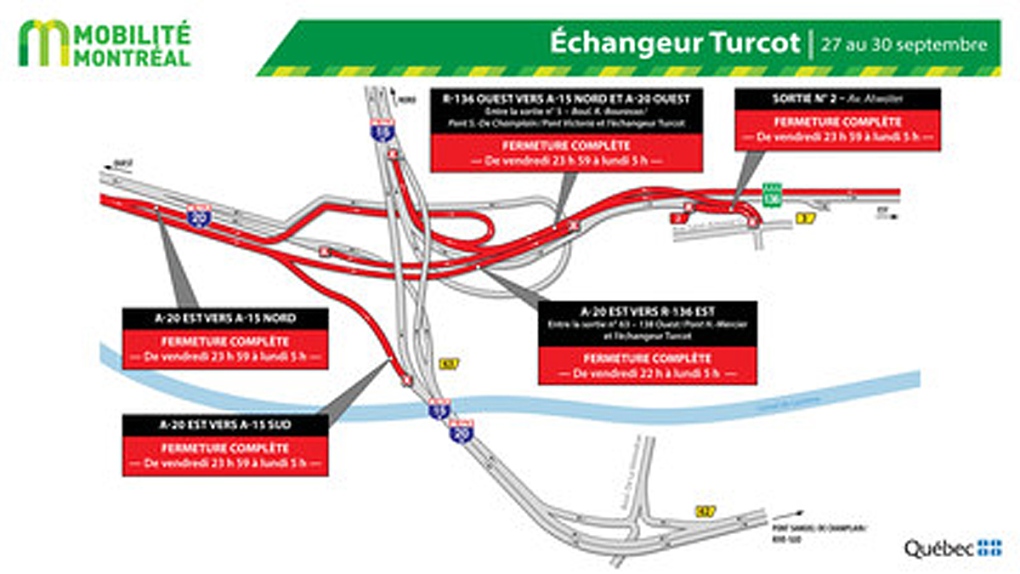 Highways 20 and 720 East will be entirely closed this weekend for roadwork at the Turcot Interchange.

Commuters on the Island of Montreal should be aware of a series of road closures scheduled this weekend.

The Ministry of Transport Quebec announced closures will particularly affect the east and west axes of Highways 20 and 720 between the Saint-Pierre and Turcot interchanges and should be avoided.

From Sunday 4 a.m. to Monday 5 a.m. the following alterations will occur. 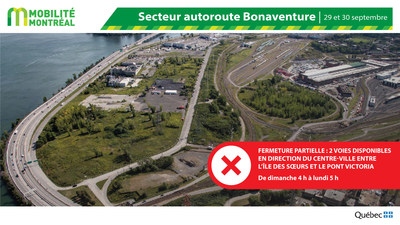 There will be a closure of a section of Cote-Vertu Boulevard, between Jules-Poitras Boulevard and Muir Street. One lane will be open in each direction.

Rail service and access to Montpellier station will not be affected.

The MTQ is continuing paving and repair work on Highway 40 (Metropolitan) in Montreal as well as on Highway 25 between Longueuil and Montreal, including the Louis-Hippolyte-La Fontaine tunnel. Several full-night closures are expected this fall, especially in the coming days.