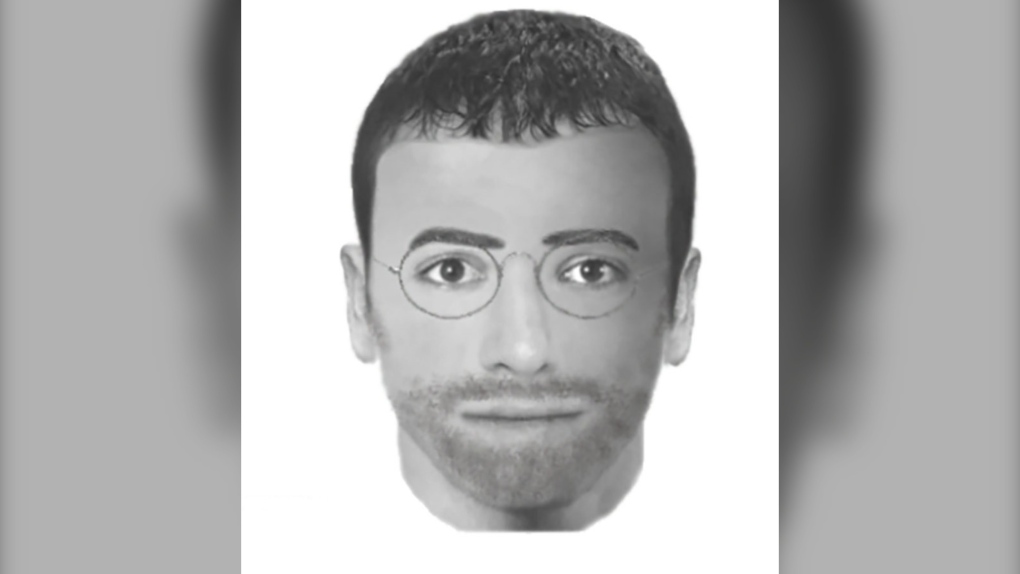 Montreal police are looking for a man fitting this description who allegedly attempted to sexually assault a woman in Mount Royal Cemetery. SOURCE: SPVM

MONTREAL -- Police deployed two mobile command posts to Mount Royal on Thursday, aiming to find a suspect in an attack that took place on September 28 at around 8:30 p.m. in the Mount Royal Cemetery.

According to the Montreal police service (SPVM), a male individual grabbed a woman from behind after following her for a few moments. The suspect then tried to drag her to a nearby wooded area.

The victim defended herself and the attacker fled without being identified. However, a composite drawing of the man was created by police.

The man is likely between 25 and 30 years of age, possibly of Maghrebian origin. He is quite tall and looks thin. He has short, dark hair, glossy on top and combed forward.

He also sported slim sideburns and a thin, patchy beard.

When he attacked, the suspect was wearing a black long-sleeved shirt with small square-shaped motifs, fitted black jeans, a long silver-coloured chain and round glasses.

One of the two mobile command posts will be deployed in front of the SVPM cavalry building located on the Camillien-Houde road. The other one will be stationed close to the intersection between the Mount Royal East avenue and Camillien-Houde.

Individuals with information on this matter are invited to come to one of the two command posts on Thursday, between 8:00 in the morning and noon.