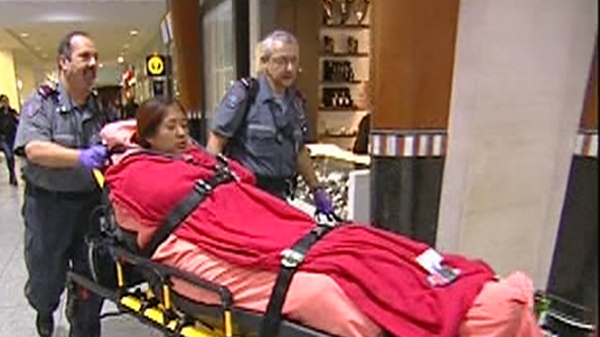 MONTREAL - Paola Ortiz, the 31-year-old woman from Mexico who collapsed at Trudeau International Airport earlier this week, has been ordered to leave the country Friday.

Ortiz must appear Friday morning at 6 a.m. at the Montreal office of Immigration Canada and will then be brought to the airport to catch a flight to Mexico.

Ortiz, who has the support of 25 organizations including the Federation of Quebec Women's Solidarity Across Borders, launched another heartfelt plea Wednesday for a stay of her deportation order.

She asked that Jason Kenney, Minister of Citizenship, Immigration and Multiculturalism, intervene on her behalf.

A demonstration is planned for Thursday night in support of Ortiz.

Ortiz had been ordered to leave Montreal on Tuesday morning but collapsed at the airport.

She fled Mexico in 2006 and filed for refugee status in Canada, saying her spouse was abusing her.

One year after her arrival, the Immigration Review Board turned down her application.

Ortiz is now married to a Canadian citizen. Her children are four and two years old.