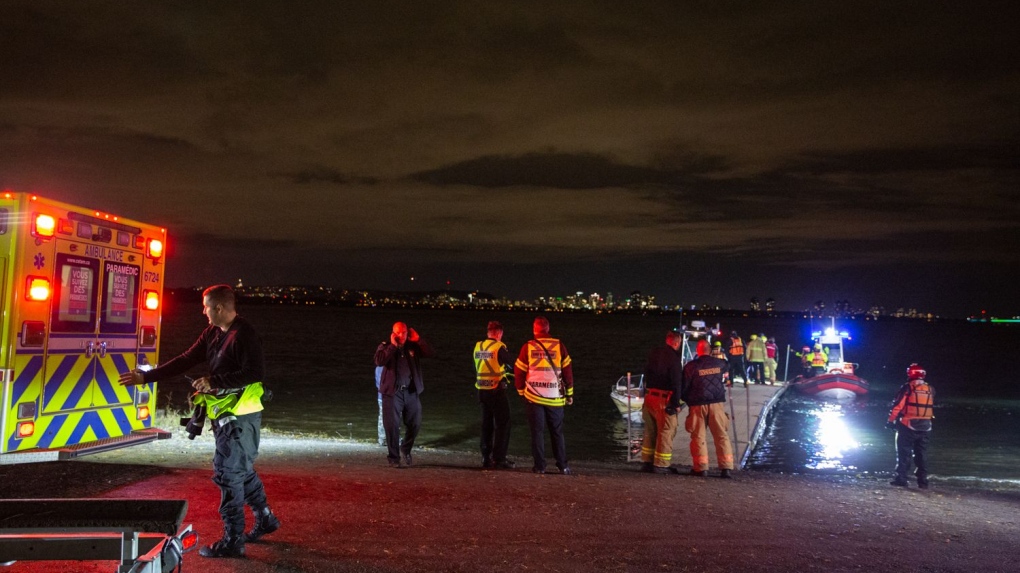 A firefighter remains missing after the search and rescue boat capsized while crews were assisting a boat in distress.