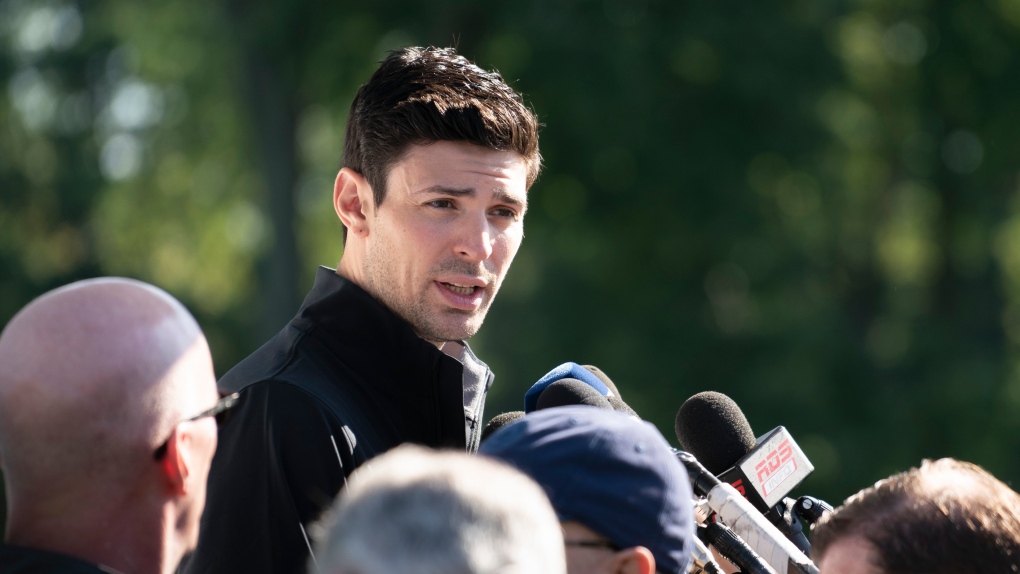 MONTREAL -- Montreal Canadiens goalie Carey Price has won the Molson Cup for the ninth time in his career, the team announced Thursday morning.

Price captured the prize for the 2019-20 season after winning the monthly Molson Cup - awarded to the team's most valuable player - for November, December and January, as well as finishing second in February.

In the final standings of the Molson Cup season, the goalie from Anaheim Lake, British Columbia, beat teammates Brendan Gallagher and Nick Suzuki.

He led NHL goaltenders in minutes played (3,439:49) for the second straight season. He ranked first in the number of games played (tied with Winnipeg Jets goalkeeper Connor Hellebuyck), and fifth in wins.

Price recorded his 47th career shutout on Feb. 1 against the Florida Panthers, moving him ahead of Ken Dryden into third all-time among Canadiens goaltenders in that category.

The 32-year-old goalie is two wins away from his 350th career in a Habs uniform.

This report by The Canadian Press was first published June 25, 2020.