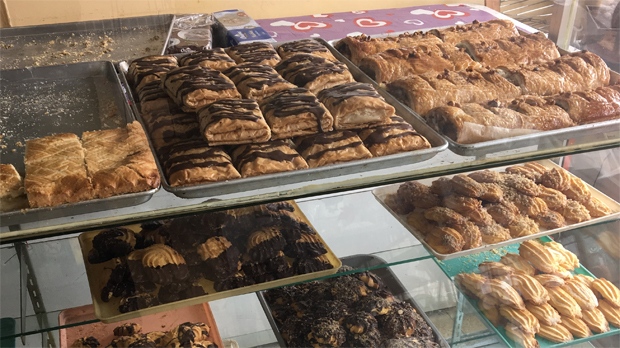 Patrons of a Jean Talon St. bakery are being told not to eat anything they've purchased at the store because it could make them sick.

Nothing that was made by Patisserie Internationale, at 886 Jean Talon St. West, is considered safe to eat.

The official notice from the Ministry of Agriculture, Fisheries and Food (MAPAQ) says only that the food prepared at the bakery was not prepared in a safe fashion.

The baked goods were sold at that location and at other places in the greater Montreal area, sold in either paper bags, plastic sacks, or cardboard boxes.

Several items have labels with the bakery's name, Patisserie Internationale, while others don't necessarily have the name of the bakery.

The suspect items were sold up until Monday March 11.

Anyone who has food they suspect is part of the recall can return it to their point of purchase for a refund or throw it out.