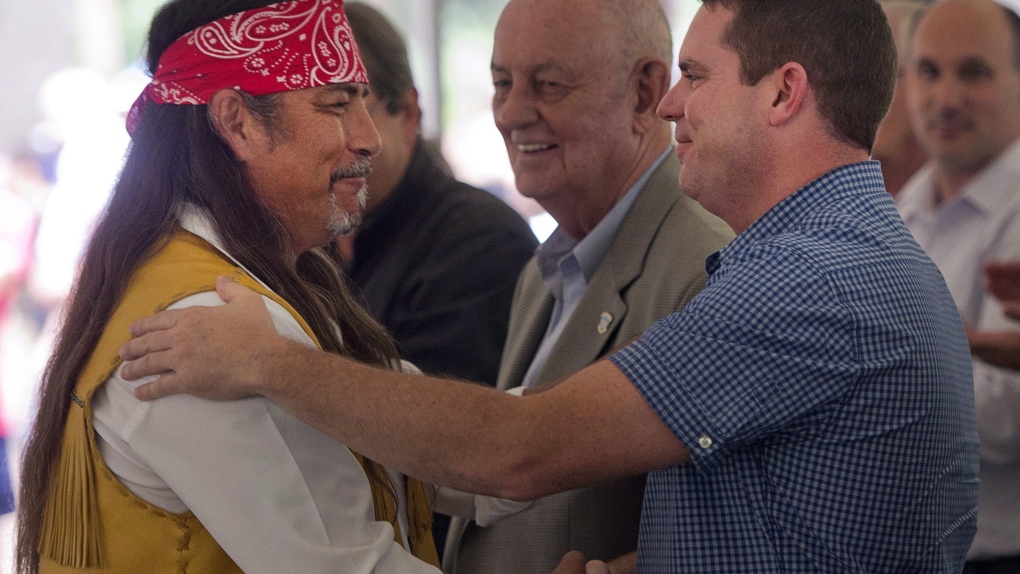 A Mohawk Council grand chief and the mayor of Oka, Que., stood side-by-side today for the first time since tensions erupted between the two communities in July over a centuries-old land dispute.

Mohawk Council of Kanesatake Grand Chief Serge Otsi Simon and Oka Mayor Pascal Quevillon told reporters they have put their differences behind them.

The two leaders shook hands during a summit between First Nations leaders and mayors taking place on the territory of the Huron-Wendat nation, north of Quebec City.

Simon had cut off all contact with Quevillon in late July after the mayor refused to apologize for derogatory comments about the First Nations territory west of Montreal.

Tensions had flared after a local developer offered to donate disputed land to the Kanesatake Mohawk Council and Quevillon raised concerns about becoming encircled by Indigenous people and declining property values in his town.

For weeks, the mayor had refused to apologize for his words, but at the meeting today Simon said he shook hands with Quevillon and they agreed to continue talks.

I commend the Mayor and the Grand Chief of Oka and Kanesatake respectively for their important step towards reconciliation and dialogue this morning. Wendake Grand Chief Konrad Sioui is to be commended as well #polqc #assnat #plq pic.twitter.com/YxDcjNBg97