Premier Francois Legault has named Eric Girard Minister Responsible for Relations with English-Speaking Quebecers, a move hailed by advocates as “a major first step” to repairing divisions in a post-Bill 96 province.

It’s a role Girard pledged to fulfill “with honesty and justice” during Thursday’s cabinet swearing-in ceremony in the National Assembly’s Salon rouge, before crossing the room to sit with other newly-appointed ministers – some new to their files, others returning for another mandate.

The Legault administration had lost the trust of some English-speaking communities following its flagship overhaul to the French language charter -- a reaction to statistics suggesting French is slowly declining as a language spoken at home.

The law, which has implications across nearly every sector, limits English CEGEP admissions, gives new powers to Quebec's French language watchdog, and sets a time limit on immigrants to learn French before they must use it to interact with government services. Certain provisions have already been struck down in the courts, and there are other legal challenges underway.

That’s the playing field Girard, who voted in favour of the bill, will need to navigate in the four years to come. One prominent English-speakers’ advocate has already said publically she believes he’s a good fit for the role.

“We are pleased that Premier François Legault has heard our request for a dedicated minister, and we look forward to a fresh start in relations between our English-speaking community and the Quebec government,” said Eva Ludvig, president of the Quebec Community Groups Network (QCGNA) in a Thursday release to media.

“This appointment is a major first step in ensuring the concerns of English-speaking Quebecers are heard.” 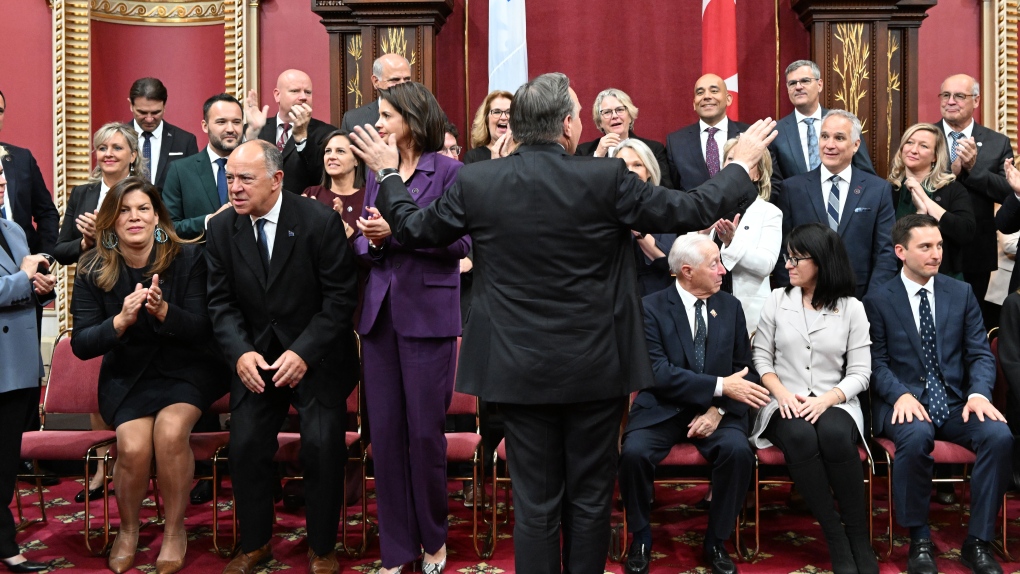 Quebec Premier Francois Legault thanks his new cabinet after they were sworn in, during a ceremony at the Quebec Legislature, in Quebec City, Thursday, Oct. 20, 2022. THE CANADIAN PRESS/Jacques Boissinot

Girard was also re-awarded the finance file. He holds economics degrees from UQAM and McGill, and spent several years as an economist at the Bank of Canada before moving to National Bank. He was also a board member and executive committee member at the CHU Saint-Justine Foundation.

“While the details of the minister’s mandate are not yet known, we hope that Minister Girard will take the time to connect with our community and that he will help build bridges with other ministers and ministries, so that our community can further engage with our government on the issues that matter to English-speaking Quebecers,” said Ludvig.

Despite accusations that he has sowed divisions between English and French speakers in Quebec, Premier Legault has repeatedly promised to govern for “all Quebecers.”

He delivered a moment of his closing speech in English.

“The vitality of French in Quebec is everyone’s business. Our goal is not to take away your rights or services,” he said.

“We are proud of these rights and services,” he added, vowing to protect those rights. “Our goal is really to preserve French.”

LISTEN ON CJAD 800 RADIO: Christopher Skeete has a new job in Legault’s cabinet