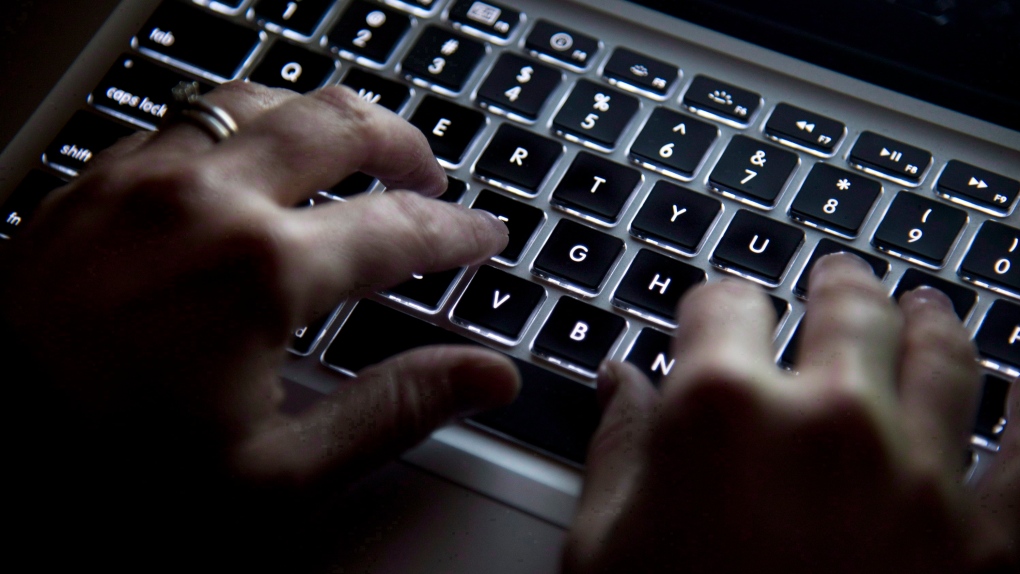 A woman uses her computer keyboard to type while surfing the internet in North Vancouver, B.C. (Photo: The Canadian Press/Jonathan Hayward)

OnlyFans has become a vital source of revenue for sex workers internationally, especially when the pandemic hit, and it became more dangerous to meet with clients in person.

On Thursday, it was first reported by Bloomberg that the site is planning to ban sexually explicit content starting on Oct. 1. OnlyFans has not publicly confirmed the policy change.

Nudity will still be allowed, so long as it’s "consistent" with the company's policy. It's not clear what that policy is, and the company did not immediately reply to questions.

OnlyFans will be sharing more information in "coming days."

The news sent shockwaves through the sex-work community – the company handled a more than $2 billion in sales last year, according to Bloomberg.

“For us, it’s terrible,” said Goldman.

“I think it’s going to create a lot of precarity for sex workers,” she said, adding that the new rules will trigger a significant loss of income.

But the change won’t just affect wallets, according to Goldman, who says losing the platform could make sex work more dangerous.

The pandemic still represents a “very big risk” for sex workers, says Goldman, adding that online work is the only way to ensure social distancing.

“Losing [OnlyFans] is really putting us in danger right now, to be honest.”

It’s possible that the shift away from sexually explicit content is being driven by investor interest.

While several celebrities have recently made accounts on the platform, broadening the site’s mainstream appeal with content that is not sexually explicit, an Axios report says the company has found difficulty attracting “several deep-pocketed firms” to invest in the site.

It's also not available as an app via the Apple and Google stores, which ban pornography.

While Goldman says sex workers will be able to find other online platforms to do their work, it will be challenging to find another venue with a comparable audience.