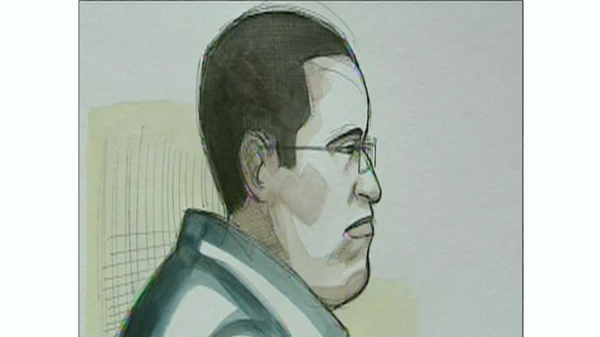 A courtroom sketch of Maor Attar

MONTREAL - A 19-year-old man from Cote St. Luc has been found not criminally responsible for the murder of his 14-year-old sister.

Maor Attar was arrested in August 2010 and charged with the first-degree murder of his sister Shirel.

However two psychiatrists have concluded the young man was going through a psychotic episode at the time of the killing, and was not mentally competent at the time.

Attar has been diagnosed with schizophrenia, and will placed under psychiatric care at the Philippe Pinel Institute.

"He can be there for one year, five years, ten years, we don't know," said Crown prosecutor Helene DiSalvo.

"Every year he will go in front of the board and they will decide if he can stay detained, but right now he's really sick."

Shortly before the murder, Attar's family had contacted a psychiatrist to address their son's mental health.

Defence lawyer Daniel Lighter says the family is coping with the tragedy as best they can.

"The mother visits her son regularly at Pinel. So too does the father. They call him daily," said Lighter.

"It's tragic but they continue to support Maor and give him the help that he needs."