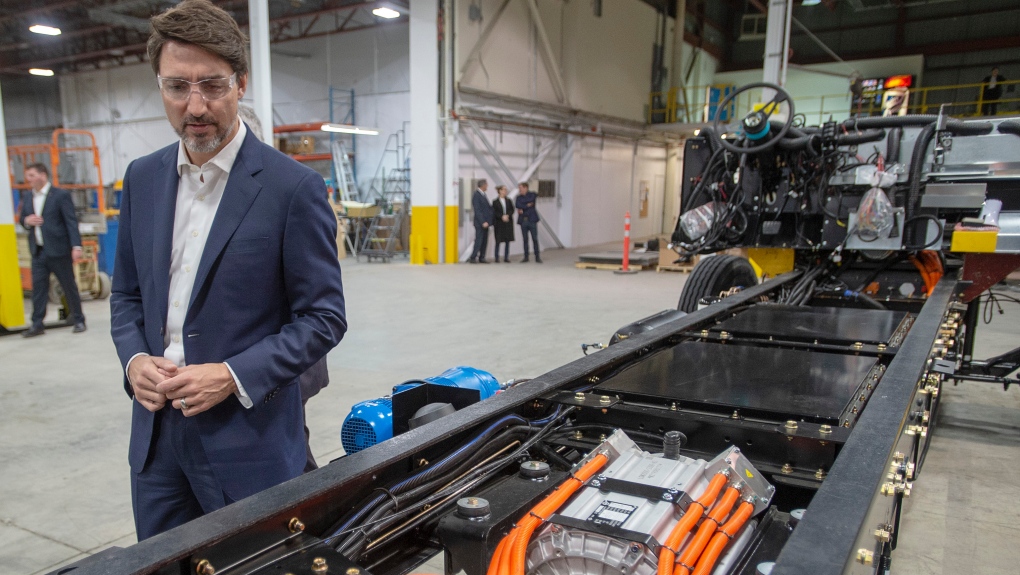 The vehicle is an electric van designed for last-mile delivery in urban areas, the two companies announced at a conference Monday at Fourgons Transit's facilities in Laval.

As part of the partnership, Lion will manufacture the chassis on which a Transit-designed van will be installed. The vehicle is said to be 40 per cent lighter than the standard model, which is considered an asset for urban delivery.

The vehicle was developed as part of the Mobilizing Development of Equipment and Technology on Specialty Heavy-Duty Electric Vehicles (Mobel) project, funded by the Quebec government.

The president of Fourgons Transit noted in a release that the vehicle is now available for sale in Canada and the U.S. "This is an important tool for our customers' transition to electric," he said in a release.

Lion unveiled another partnership with Ambulance Demers last October, this time to build a 100 per cent electric ambulance.

-- This report by The Canadian Press was first published in French on April 11, 2022.

An RCMP officer who was among 22 people killed in the 2020 Nova Scotia mass shooting is being remembered today during a regimental memorial service in Halifax.

Tensions were high Wednesday in the western Indian city of Udaipur, a day after police arrested two Muslim men accused of slitting a Hindu tailor's throat and posting a video of it on social media, in a brutal attack representing a dramatic escalation of communal violence in a country riven by deep religious polarization.