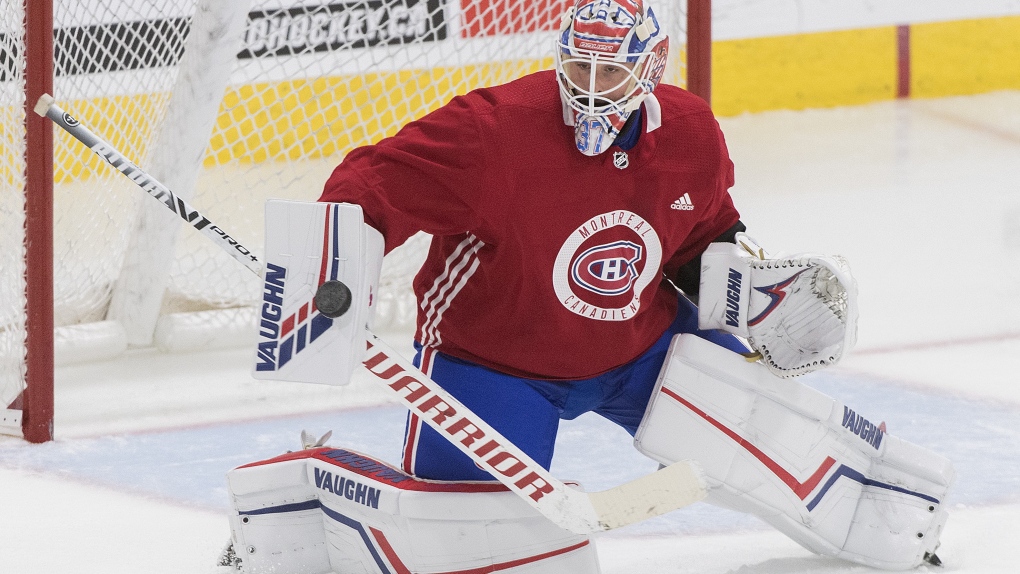 With a busy weekend ahead for the Habs, fans can expect to see backup goalie Keith Kinkaid getting his second start of the season.

The Canadiens are in St. Louis on Saturday to take on the Blues and then travel to Minnesota for a game against the Wild. They beat the Blues 6-3 on Saturday and the Wild 4-0 on Thursday.

Coach Claude Julien wouldn’t say which game Kinkaid would start but there were clues evident during Friday’s practice at Brossard’s Bell Complex. Carey Price, who posted his first shutout of the season against the Wild, sat out, as did defenceman Shea Weber.

Kinkaid did leave the ice briefly after a shot from Christian Folin ricocheted off his stick and hit the goalie’s index finger but the goalie returned soon after.