King Kali, the seven foot snake with a sore mouth, has arrived safely in veterinary care 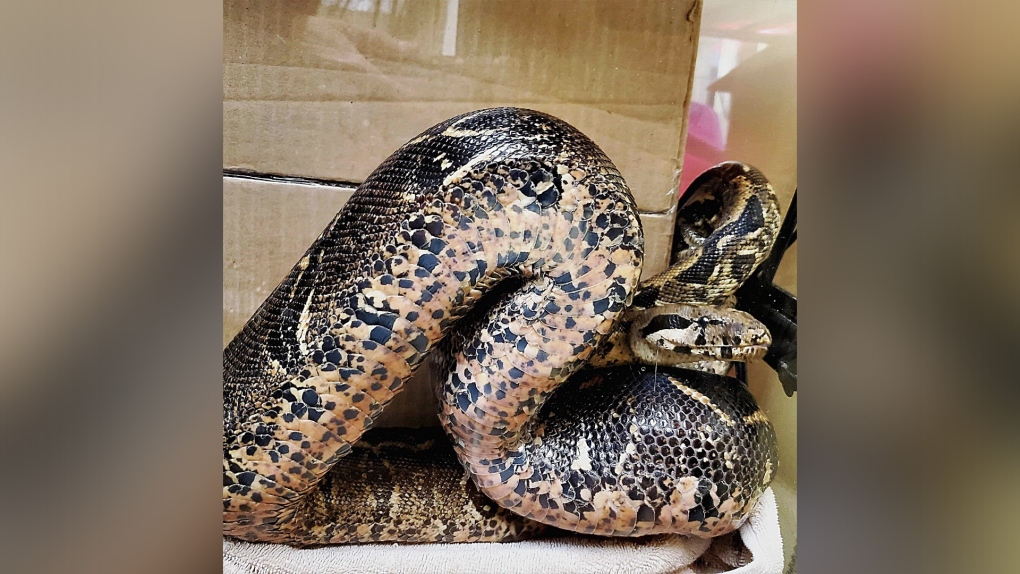 Boa constrictors are vulnerable to various health issues, like infections, skin problems, burns, and others. In Montreal, it's illegal to keep a reptile over 3-meters long at home. (Photo: SPCA Montreal, Facebook)

The centre’s top vet Gabrielle Carrière is caring for the snake, who is suffering from what staff say is likely a mouth infection.

Thankfully, Carrière has experience with the species, as she herself has already adopted one that had previously arrived at the centre.

“We hope our care will give King Kali the best possible chance for recovery,” read a release from the SPCA. “But we’ll only know whether this 4-kg reptile responds well to treatment in about a month.”

Kali is not up for adoption. But, according to the SPCA, staff members have already fallen in love.

“He’s absolutely adorable and super sweet,” said one employee. “He rests his head in our hands and stays totally still for his injections.”

When the King is well enough, he will be transferred to a refuge centre.