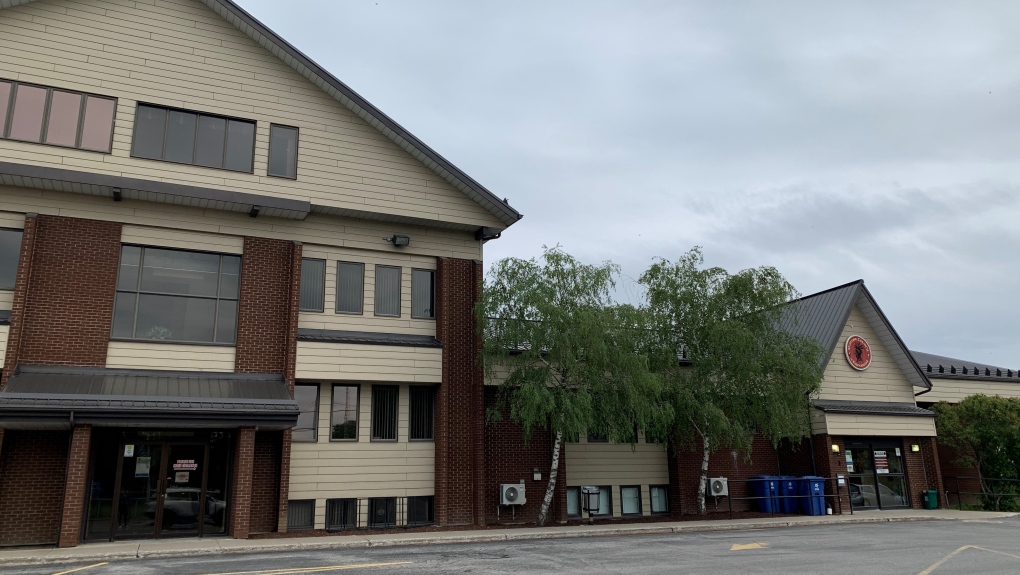 With few words but vast implications, a federal private member's bill on sports betting is drawing concern for the Kanien'kehá:ka (Mohawk) community of Kahnawake.

The Mohawk Council of Kahnawake and some Canadian senators say Bill C-218 could threaten the economic future of the Indigenous community on Montreal's South Shore and lead to potential match-fixing scandals.

MCK Chief Gina Deer has been on the phone and keyboard tirelessly in recent months trying to have the bill, called a Safe and Regulated Sports Betting Act: An Act to amend the Criminal Code, amended.

Introduced by Saskatoon Conservative MP Kevin Waugh, the bill is currently before the senate. It would amend the Criminal Code of Canada to "make it lawful for the government of a province, or a person or entity licensed by the Lieutenant Governor in Council of that province, to conduct or manage a lottery scheme in the province that involves betting on a race - other than a horse race - or fight, or on a single-sport event or athletic contest."

Currently, the only bodies allowed to legally administer lotteries and gaming in Canada are the provinces and territories, and single-match, in-game betting is illegal. For example, one could place a bet on the Canadiens - Jets outcomes through a provincial betting site, but not whether Cole Caufield will score the first goal or Logan Stanley will pick up a penalty.

Kahnawake has been operating its gaming industry since 1996 and has been trying to get Canada and Quebec to acknowledge its right to do so ever since. Technically, they are operating outside the Canadian Criminal Code.

Kahnawake has developed an online gaming economy through its Mohawk Online platform, which has operated Sports Interaction a sports betting, casino and poker game site, for the past six years.

In that time, MCK Chief Michael Delisle Jr. said Mohawk Online has been able to generate tens of millions of dollars for his community and funded language programs and local business initiatives, in addition to providing COVID-19 relief cheques to community members who lost their jobs during the pandemic.

All of those community benefits will be threatened if Canada doesn't recognize Kahnawake's industry, he said.

Any other Indigenous community thinking of taking advantage of the same opportunity would have to operate in the grey zone, outside the Canadian legal system, unless Bill C-128 is amended, he said.

The MCK is calling for the term "Indigenous governing body" added to the definitions section of the criminal code so that it can administer its own gaming industry without provincial approval.

"We've been pushing very hard to be able to get heard on this bill and it's been really difficult," said Deer, who added that a Friday Senate session gave her little hope that Canadian senators were hearing the community's issues with the bill.

"It was extremely disappointing to know that they were just so dismissive of what we were proposing and didn't even want to consider it," said Deer.

Without that addition, the MCK said Kahnawake and other Indigenous communities will be forced to shut down or operate illegally unless they come to an agreement with the province or territory. That's something Deer said would not happen anytime soon in Quebec.

"They (the senators) kept saying that we need to make an agreement with the province and I said, 'For 25 years, we have had an open door to the province of Quebec, but what we're doing in the online market is something of a federal jurisdiction because we do not just operate within Quebec,'" said Deer.

Waugh’s office responded to the concern saying that it is up to the “jurisdiction of the provincial governments.”

“C-218 simply amends a single line in the Criminal Code to remove the criminal restriction on single-event wagering. It is the jurisdiction of the provincial governments to license operators and regulate this sector if Bill C-218 passes,” said Waugh’s legislative assistant Michael Giesbrecht.

Ontario Senator Vernon White said some have even tried to suggest that Indigenous-run gaming goes hand-in-hand with organized crime on the territories.

"The reality is, the gaming industry in First Nations, they probably run better than it is in any province or territory," said White, who worked in policing for 32 years.

White said the bill means provinces will reap the tax revenues from betting without having to manage betting sites.

Without being included as an authorized body, the MCK fears the community will lose more of its foothold in the gaming industry.

"In effect, it eliminates Kahnawake from single-source betting that we've been able to become a part of for the past six years," said Delisle.

Deer found that many senators on the banking and commerce committee did not have a firm grasp of Indigenous affairs.

"At the same time as we're trying to plead our case, we have to educate some of them about who we are and why we're here," she said.

White will present an amendment this week that he hopes will be added to the bill when it is sent to the House of Commons.

"I understand her concerns and I think they should be answered instead of being nullified, which is, I think, what's occurring," he said.

"It is all done by unregulated and unsupervised offshore betting sites and black market bookmakers," said Waugh when presenting the bill. "There are no consumer protections in place. There are no problem-gambling programs offered and no guidelines that bookmakers are required to follow. This also means that the economic benefits are not being felt by Canadians."

White noted that all countries that allow single-event betting have had to deal with match-fixing scandals.

"It's an issue whenever you have single-event betting," said White. "The problem is our criminal code doesn't make match-fixing illegal."

White added that Declan Hill, the match-fixing expert and author of "The Fix: Soccer and Organized Crime," who testified when a similar bill was tabled in 2013 during the Stephen Harper Conservative was not called as a witness.

"Because it's about money," said White. "It's not about gambling addiction, it's is not about First Nations and it's not about match-fixing. It's about revenue, and they believe they can tap into that revenue."

Giesbrecht said that match-fixing could be happening anyway, but through black-market bookmakers or off-shore sites.

“Ensuring that sports-betting can happen in a safe and regulated way is the best way to protect the integrity of sports across the country,” he said.

White's amendment will make match-fixing illegal, but he said the senate is reticent to add amendments and delay the passage of the bill before the House of Commons adjourns for the summer at the end of the month.

"My comment to that is: do it right or don't do it," he said. "We're not going to bring the government down if we don't pass it. We'd already have it fixed if they had focused on that instead of trying not to listen to the issues being raised."

With presentations already being made at the standing and senate committees in Ottawa, White feels it's more a matter of "when" and not "if" Bill C-218 gets passed.

With a possible federal election in the fall, White feels the bill may be passed despite reservations.

"I have to say, as they would say in match-fixing: 'the fix is in,'" he said. "I watched the hearings that took place now, they're not listening to anybody."

The bill is "going to take away what Canada has said time and time and time again, in terms of own-source revenue, standing on your own two feet and our ability to create [an] economy," said Delisle. "This thing, when it passes over the course of the next year, beyond that, will eliminate us from the game, so to speak."

The bill as it stands, Delisle said, would affect Mohawk Online's licensing ability as well as the ability to attract international gaming players.

"There are long-standing effects, and far-reaching effects from this bill turning into law," said Delisle.

White added that because it's a private-member bill, there is no obligation for the government to set aside funds for community programs or charities.

"You can't obligate a government and a private member's bill to spend money," he said

The commission regulates all gaming activity on the territory including the two poker rooms in Kahnawake.

"We're still, obviously, in the game at this point," said Delise.

Neither Quebec nor Canada has officially recognized Kahnawake's place in gaming, and the MCK has said repeatedly that those governments are more concerned with eliminating the community's ability to operate.

Online gaming and networking group EGR North American nominated Mohawk Online for the Operator of the Year award in 2021.

"Our ability to attract, license, and house back-office operations from around the world, and recognition from other international gaming agencies regulatory agencies and bodies goes without saying," said Delisle. "Unfortunately, still without the support recognition or understanding from local, provincial and federal governments in this country they call Canada."

U.K. Prime Minister Boris Johnson has agreed to resign, his office said Thursday, ending an unprecedented political crisis over his future that has paralyzed Britain's government.

Brittney Griner trial in Russia resumes amid calls for U.S. to strike deal

Jailed American basketball star Brittney Griner returns to a Russian court on Thursday amid a growing chorus of calls for Washington to do more to secure her release nearly five months after she was arrested on drug charges.