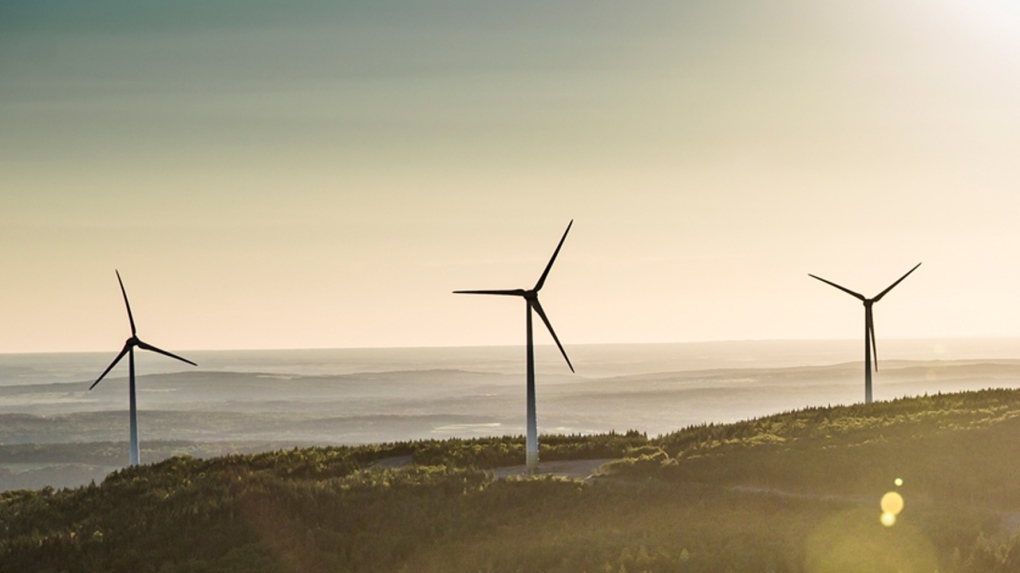 The Innu First Nation on Quebec's North Shore is working with Boralex to create the Apuiat wind farm in Port-Cartier, Quebec.

A six-turbine wind farm was officially inaugurated Monday in Montérégie on Montreal's South Shore in the presence of several officials from the Kanien'kehá:ka (Mohawk) community of Kahnawake and others.

The six Des Culture Wind Farm turbines stand in the southern portion of the towns of Saint-Rémi and Saint-Michel, a few kilometres from Kahnawake.

The $70 million project is a partnership between Kruger Energy and Kahnawake Sustainable Energy.

It is estimated that the two Montérégie municipalities and the owners of the land on which the turbines are to be erected will benefit from economic spinoffs estimated at $15 million over 20 years.

At a news conference, Minister of Energy and Natural Resources Jonatan Julien called the partnership between Kruger Energy and Kahnawake Sustainable Energy "a super project that benefits everyone."

"It's about empowerment, it's about pride, it's about community involvement -- we all have a right to that," said Julien.

"It is a project that respects the spirit of reconciliation, including economic reconciliation," said Assembly of First Nations Quebec-Labrador (AFNQL) Regional Chief Ghislain Picard.

It's a view shared by Kahnawake Sustainable Energy President John Bud Morris, who noted that the group of people behind the project "are Quebecers, English Canadians and First Nations people."

He also noted that parts of the wind turbines are coming from Spain and that some of the financing is being provided by a foreign bank.

The Quebec content of the project is estimated at 60 per cent.

"It is not only an economic project; it shows what we can accomplish together. To me, this is what reconciliation looks like," said Morris.

Kahnawake Sustainable Energy was founded in 2010 as a subsidiary of the Kahnawake Economic Development Commission.

This report by The Canadian Press was first published in French on June 27, 2022.

For the second time in less than a month, a resident of Ashcroft, B.C., died while waiting for health care.