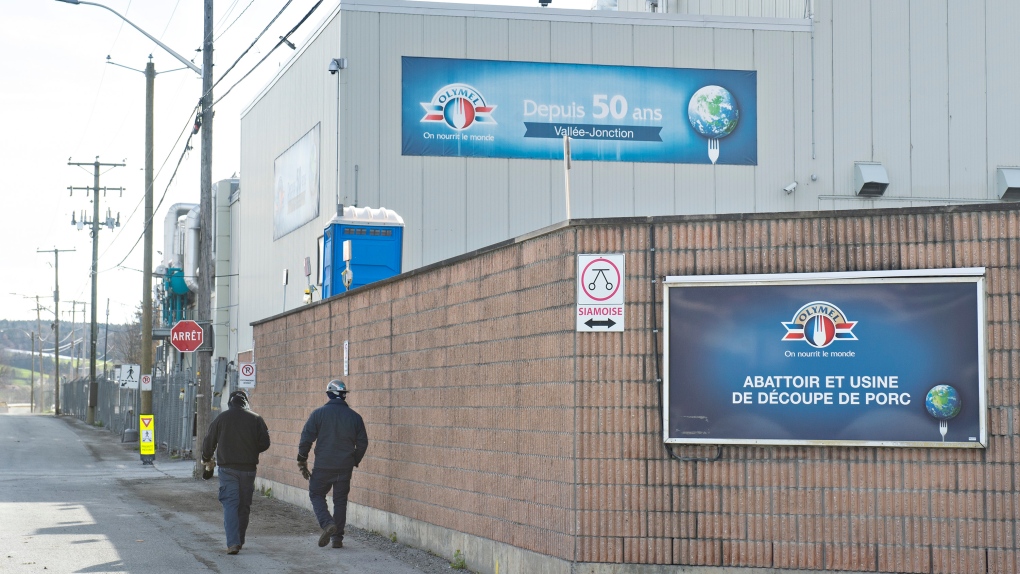 MONTREAL -- The impasse persists in negotiations to resume work at the Olymel pork processing plant in Vallee-Jonction, in the Chaudiere-Appalaches region of Quebec.

Workers have been on strike since April 28.

Both the union and management blame the other side for the new impasse in negotiations.

While management claims to have accepted a settlement proposal from the conciliation team on Friday, the union says it has not received any wage offer from management in recent days.

In a news release issued Friday and Saturday, Olymel management said it was "extremely disappointed and shocked" by the union's decision to walk away from the negotiating table.

"The proposal from the conciliation team contained all the elements needed to bring both parties together," said senior VP Paul Beauchamp. "The attitude of the union representatives is incomprehensible and will only delay the resolution of a conflict that has gone on too long."

On the union side, they claim to be "the only one to have undertaken a wage compromise during the last round of negotiations."

The CSN-affiliated union made no mention of any offer submitted by the conciliator in its version of events published Friday evening.

"Olymel has not tabled a new wage proposal in the last two days. We can't continue to negotiate on our own. Are we the only ones who want to find solutions to end this conflict? The question remains," said union president Martin Maurice, the union's president.

-- this report by The Canadian Press was first published in French on July 31, 2021.