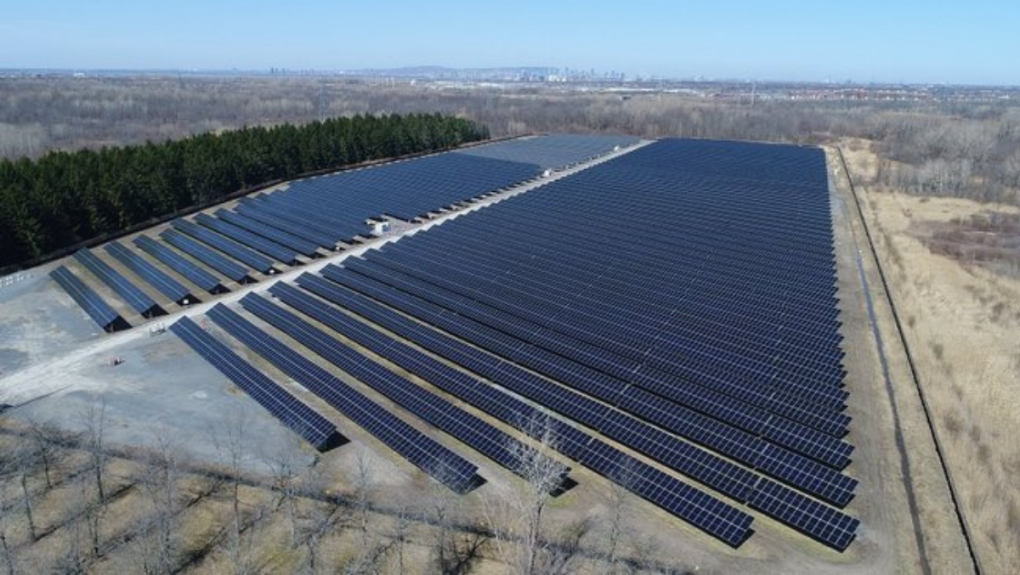 The two small-scale facilities are intended to determine whether the technology is well suited to "Quebec's climate, its generating fleet and its transmission system," the utility company said in a news release.

The two plants will have a combined installed capacity of 9.5 MW and will produce approximately 16 GWh of energy per year, equivalent to the consumption of 1,000 homes.

By comparison, Hydro-Quebec produces 37.2 GW per year, or 37,200 MW. The new plants will therefore represent about 0.025 per cent of production.

The two plants were originally scheduled to be commissioned last fall, but the power producer decided to postpone them because of the pandemic and because it was November, when there is less sunshine.

An Ottawa-funded study last month argued that Quebec and Canada would have "everything to gain" by focusing on solar energy, a potential that is currently untapped.

Quebec has similar sunshine conditions to Japan and Germany, which are world leaders in solar energy, Nergica researchers said.

PAYING TRIBUTE TO THE PIONEERS

The facility in La Prairie was named the "Gabrielle-Bodis plant" in honour of the first female engineer to graduate from Polytechnique Montreal and work for Hydro-Quebec for over 35 years.

It is also the first Hydro-Quebec power station that bears the name of a woman, said its president and CEO, Sophie Brochu.

The Gabrielle-Bodis generating station is located on the site of a former thermal power plant. It has an area of 150,000 square metres, the equivalent of 28 soccer fields, 26,000 solar panels and an installed capacity of 8 MW.

The Varennes power plant is named after Robert A. Boyd, the first French-speaking engineer at Hydro-Quebec and the organization's sixth boss.

Quebec owes "the success of the James Bay development and the francization of our engineering" to him, said Brochu.

The Robert A. Boyd Generating Station is adjacent to Hydro-Quebec's research institute. It has a surface area of 56,000 square metres, 4,600 solar panels and an installed capacity of 1.5 MW.

-- this report by The Canadian Press was first published in French on June 21, 2021.