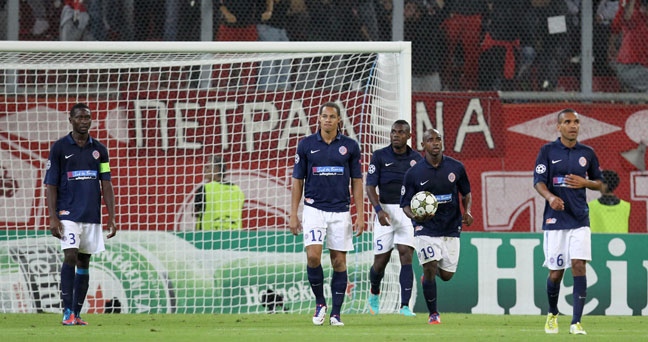 Vermont's capital city is saying merci to a French city it's named after for plans to send some misspelled soccer jerseys its way.

The city manager in Montpelier, Vermont, says Montpellier, France, ordered jerseys for its professional soccer team and fans, but they came in misspelled, with just one L instead of two.

City Manager Bill Fraser said Thursday that the city in southern France has decided to send them to Montpelier, Vermont, which is spelled with one L, not two. Montpelier doesn't know how many jerseys it will get.

The evolving plans call for the jerseys to go to the Montpelier High School soccer teams for a game or two and then possibly sold in the community to benefit high school boosters "and turn this all into a good thing," Fraser said.

Montpellier contacted the Vermont city early Thursday to let official know about the gift. Montpelier's Facebook post about the jerseys has generated interest, from near and far -- including from Montpellier, France.