For $800,000, this extremely decrepit Mile End tear-down could be yours

For $800,000, this extremely decrepit Mile End tear-down could be yours 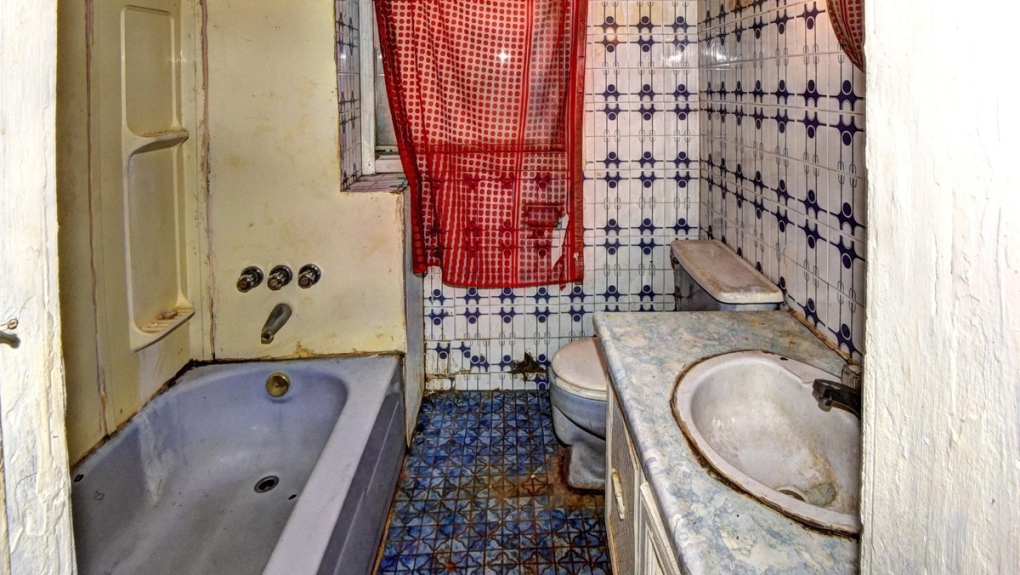 The house has six bedrooms and is in a coveted area of the city. But it needs a little work, to say the least.

"Oh wow, an apartment to be murdered in," one person wrote this week after seeing photos of the house's interior, taken from its realtor listing, on the popular Instagram account FNoMTL. 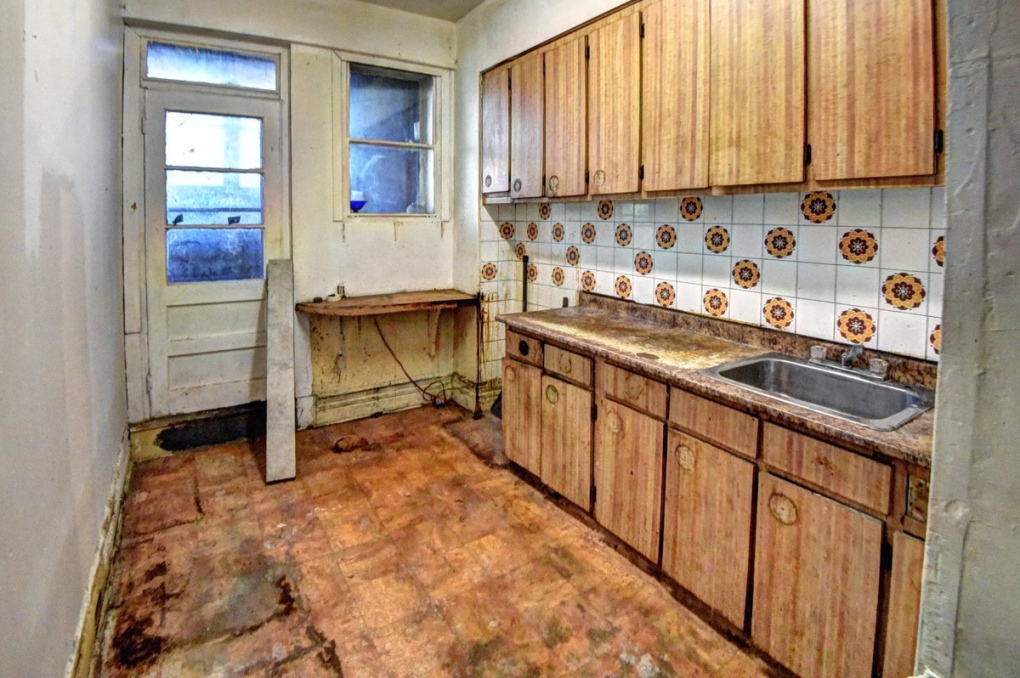 The photos show apparently rotten linoleum floors in the kitchen and bathroom, a strangely tilted bathtub, damaged hardwood floors and a layer of grime on seemingly everything.

"FOR A COMPLETE AND TOTAL RENOVATION or for DEMOLITION," acknowledges the realtor in the listing.

The sale is without legal warranty, at the buyer's risk, and with no guarantees about what kind of changes the borough or city will allow.

For that, the asking price is a cool $800,000 -- or technically $799,000 -- which has some people asking if Montreal really is the new Toronto, with the recent price spiral reaching ridiculous heights. 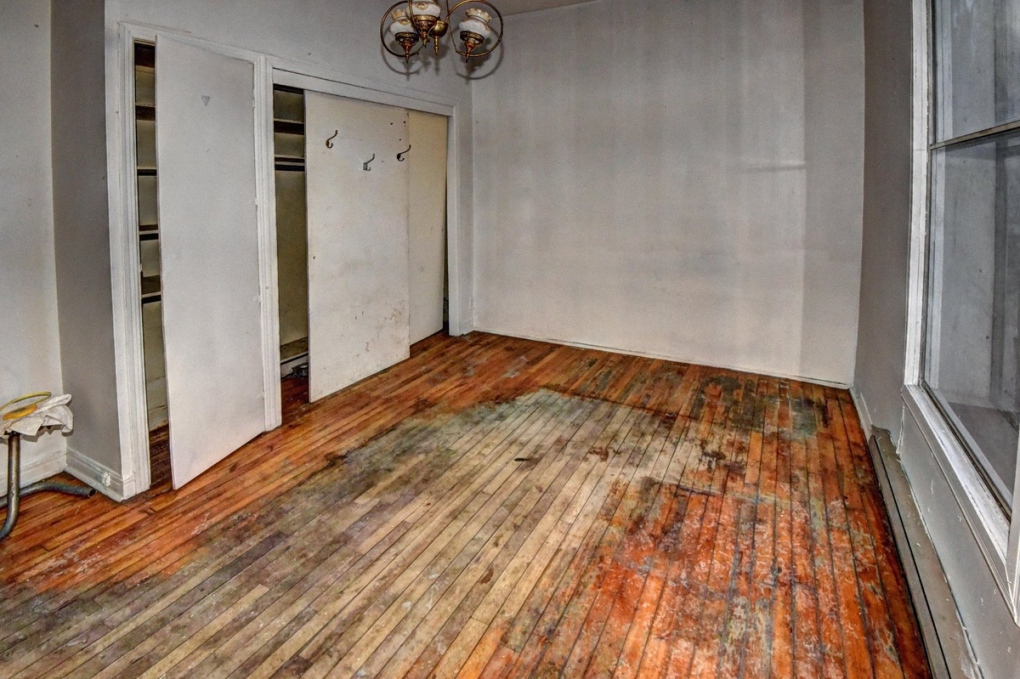 The realtor handling the sale hasn't yet responded to CTV News's request for comment about some of the history of the house.

But documents filed by the seller explain a bit about how the home got so run-down.

The owner, a woman who signed the documents in St-Lazare, wrote that it used to be a rooming house and she bought it in 1990.

There was a significant jump in the following three years, and since then the municipal evaluation has continued to climb, reaching $617,400 in 2020-2022 period -- even as, presumably, the home's condition became worse and worse over those decades.

The roof was replaced at one point, and a wall adjoining the alley was redone. Other than that, the seller attested to no major work.

At one point, there was a mouse infestation, but she wrote that an exterminator took care of it. She wasn't aware of any mould or mildew problems, she wrote. She also said it had never had an inspection. 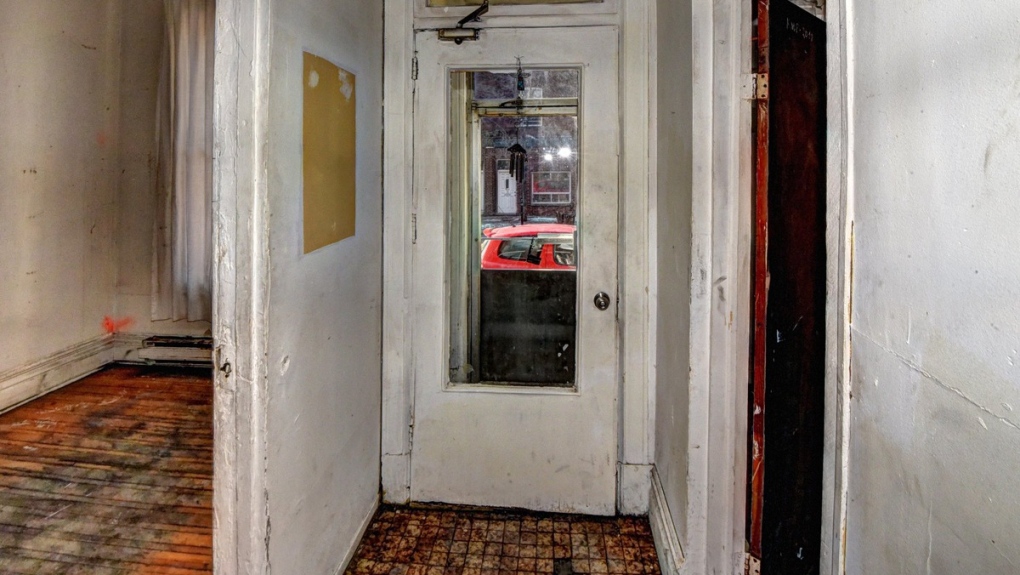 Like many in the area, the home was built in 1910. The owner attested that she hasn't been living there, but she said she had never leased it, either.

The realtor suggested that a lot could be done with the place: adding a third floor, for example, or converting it to condos or making the first floor a commercial space. It could also be a single-family cottage with a rooftop terrace, she wrote -- if authorities approve any of these plans.

"Once renovated, this building will be the envy of all trendy urbans," she wrote. 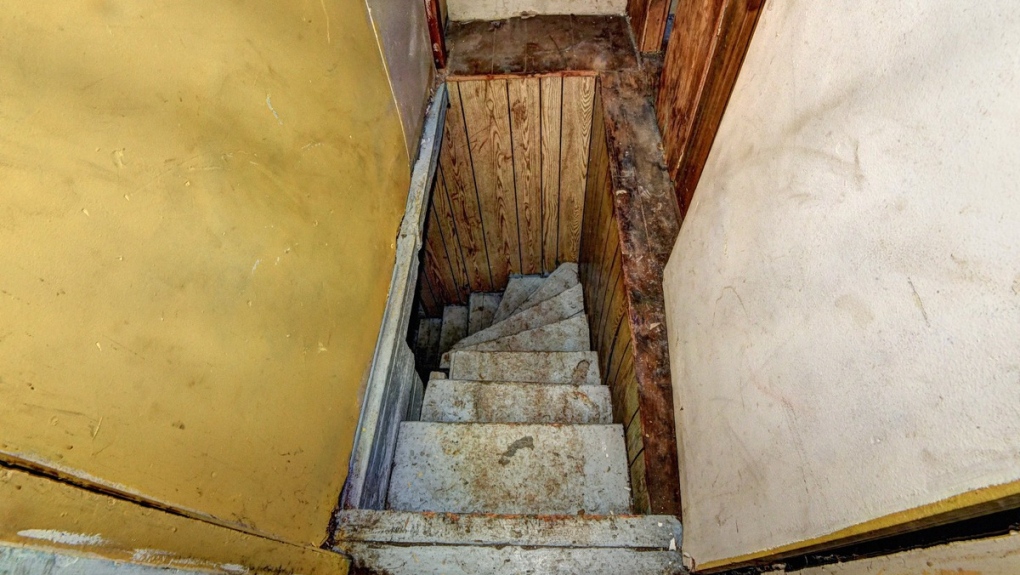 While discouraged and amazed at the price, Montrealers who saw the photos online said they still won't be surprised if someone snaps it up.

"People will be like, 'It's still cheaper than Toronto and Vancouver,'" one person wrote. 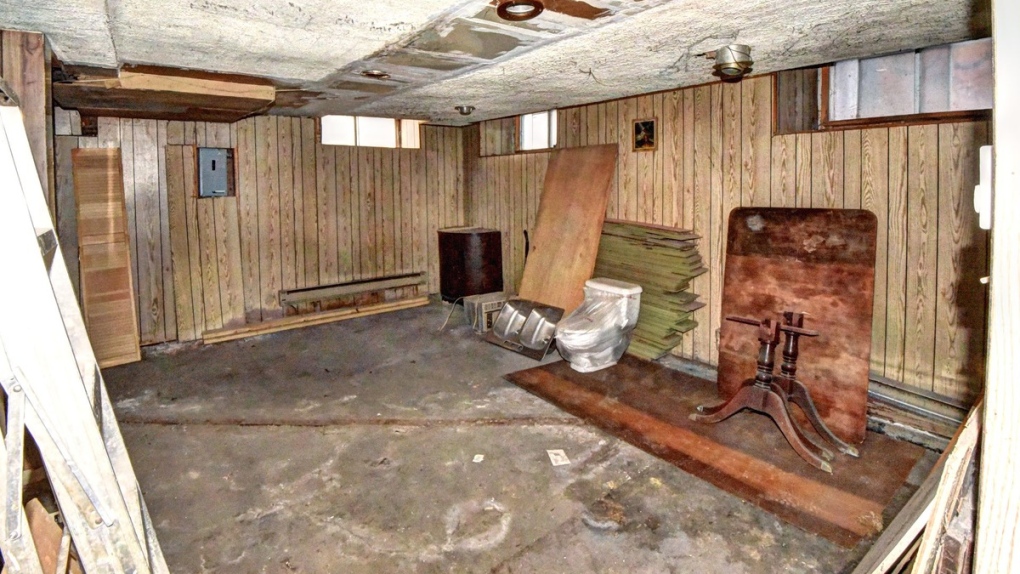