Food recall: These soups sold in Montreal should not be eaten if not kept refrigerated 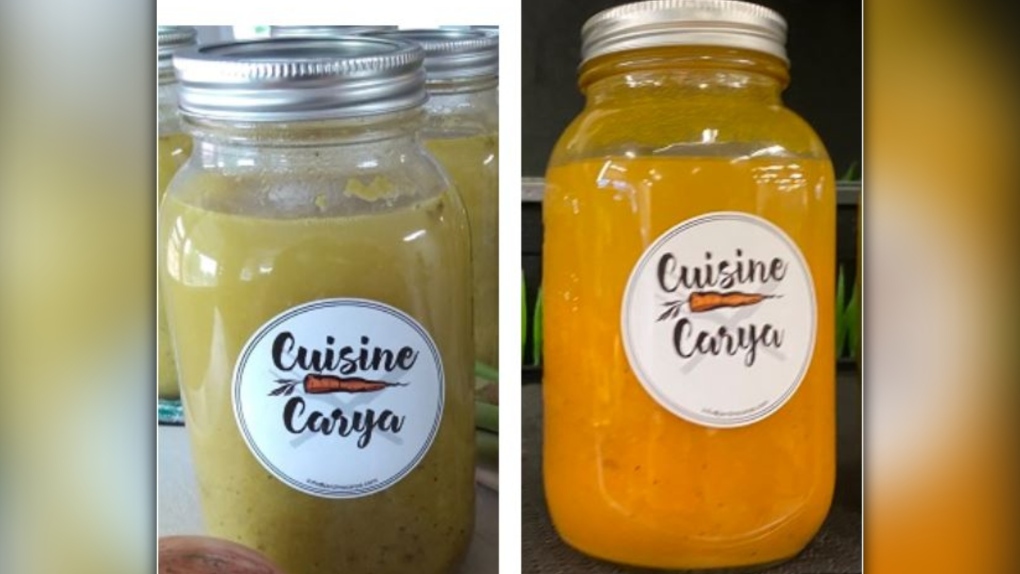 Soups packaged by Les Jardins Carya have been recalled due to improper labelling.

MONTREAL -- Food safety officials are warning people not to consume soups packaged in Mason jars and sold by Les Jardins Carya Inc. if they were not refrigerated.

Quebec and Montreal food inspectors issued the warning Friday afternoon for soups packaged by Les Jardins Carya inc. in Senneville. They included the words 'Cuisine Carya' on the label and were sold at several Montreal establishments up to July 10. The items were packaged in one-litre Mason jars with a metal lid and labelled 'seasonal soup' and 'seasonal soup (spicy).'

Inspectors say the jars were labelled 'refrigerate after opening,' when instead, they should have read 'keep refrigerated.'

Anyone who did not keep the soups in the fridge is advised not to eat them. Customers can either return the soup to the establishment where they purchased it or throw it away. Even if the products don't show any sign of deterioration or emit a suspicious odour, food safety officials say consuming them can create a health risk.

No illnesses associated with this recall have been reported.

Only 52 units of the soup were sold, said the company's head chef, Eric Hanson.

Les Jardins Carya is a small, local organic farm and the soup operation was a "tiny pilot project," he said. The soup was sent to stores with the erroneous labels after a communication error, but they were prepared according to all food safety regulations.