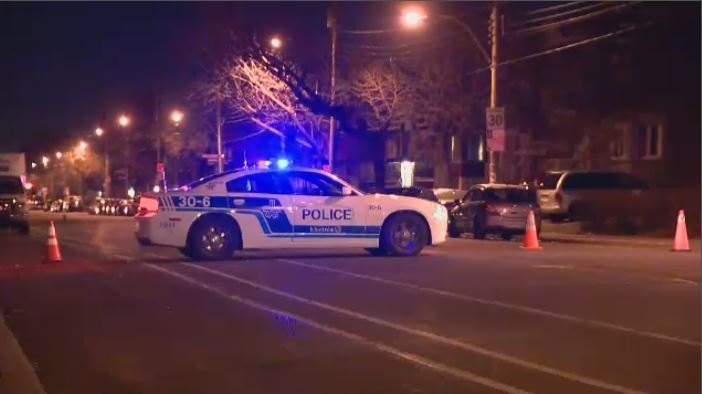 MONTREAL -- An 82-year-old woman was killed Wednesday afternoon after being struck by a car in St-Leonard, Montreal police say.

The alleged driver was 38-year-old Mbidi Tigana Kiala who was questioned by police Wednesday and charged Thursday with dangerous driving causing death.

He was charged at the Montreal courthouse appearing via videoconference.

The collision happened around 4:35 p.m. near the crossing of Lavoisier and Honore-Mercier streets, police said.

After a 911 call, police arrived at the scene to find paramedics at work on the woman, who was unconscious and taken to hospital in critical condition. She died later on Wednesday.

Investigators set up a perimeter around the scene and were still analyzing it several hours later.

Early indications are that Kiala allegedly struck the woman while driving east on Lavoisier, near the fire house in the area.