Friends and family came together Saturday to remember 17-year-old Adalya Dorvil, who died in what police are calling an accident on a Montreal shore.

Dozens came together for a memorial near the scene where she was found, on LaSalle Blvd. near Orchard Ave.

"She was always happy and ready to dance. If there was music around or something like that, she would start dancing," she told CTV News.

"She wasn't scared to give her opinion, which is what I liked about her. If you asked her something, she always had an answer. And she would always be able to help you if you had issues."

"Whatever she was doing, her eyes were always, 'Oh my God, this is great.' She was always smiling, she was always happy about everything. That was the Adalya that I've known forever," he said.

There was an outpouring of support on social media after Dorvil passed away Wednesday, with many expressing their shock at how something like this could happen.

Her mother, Tanya Montanaro, is still reeling from the tragedy.

"She was like a little sun," her mother told CTV News in an interview Friday, describing her daughter as a "tall, beautiful" young woman who was loved by so many.

She was a typical teen who always had friends over at the house and worked at a part-time job at a hardware store. When she walked into her neighbourhood coffee shop, Riccia Caffè on Thierry Street in LaSalle, her mother said the staff would instantly know what she'd want to order. 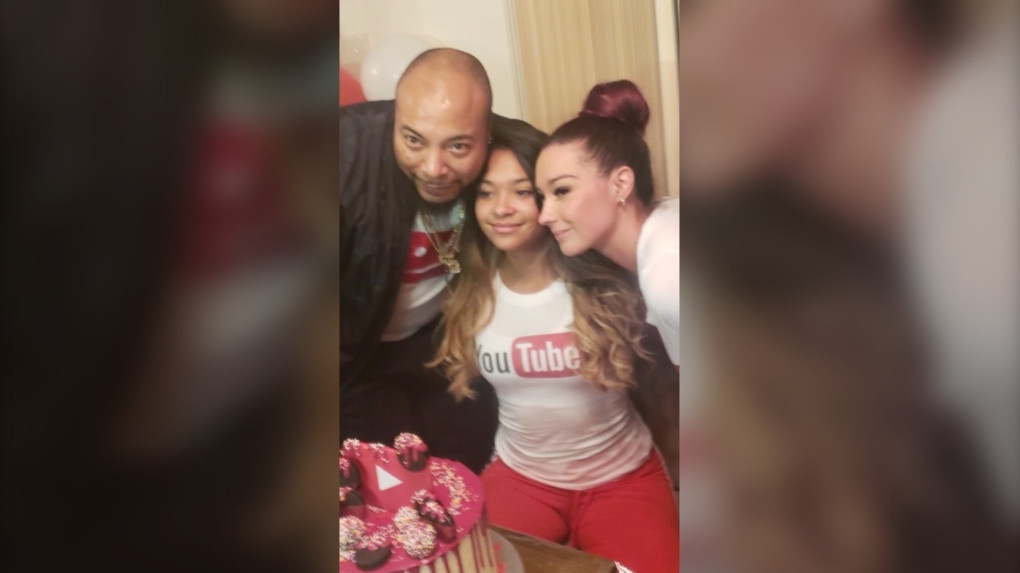 Adalya Dorvil, centre, smiles for the camera on her 16th birthday flanked by her mom, Tanya Montanaro and her stepfather, Jonathan Browne. (Submitted photo)

There are still few details about what happened to Dorvil. Police say her body was found around 12:30 p.m. in the river at the bottom of a small cliff, near the Mercier Bridge. Police say everything pointed to the death being accidental.

Montanaro said she is overwhelmed by the support from the community that has rallied behind her. In the hours after her daughter was found, loved ones started a GoFundMe to help support the family and it has raised more than $37,000 as of Friday evening.

"I'm very, very, very lucky to live in this beautiful community," she said Friday evening. "It's beyond incredible.

Dwayne Buckley, a family friend who created the online fundraiser, wrote in a post that the money raised will help with funeral costs.

"In her short time here she has left a mark on all of us. No mother should ever have to experience this type of loss and as a community we would like to stand together in solidarity with the family," he wrote.

The family said funeral arrangements are still being planned out. In the meantime, the coroner's office is investigating the incident to determine the exact cause of death and shed more light on what happened.

With files from CTV's Rob Lurie.