Two homes were destroyed and a third was badly damaged after a lightning strike on Montreal's North Shore during a severe thunderstorm that swept through southern Quebec Thursday afternoon.

Police say a bolt of lightning struck one home at around 4:15 p.m. and set a house on fire on Cerisiers Street in the off-island suburb of Ste-Marthe-sur-le-Lac.

"Everything is lost. Everything is burned," said Benoit Paquette as his family sifted through the debris of what was once their home. 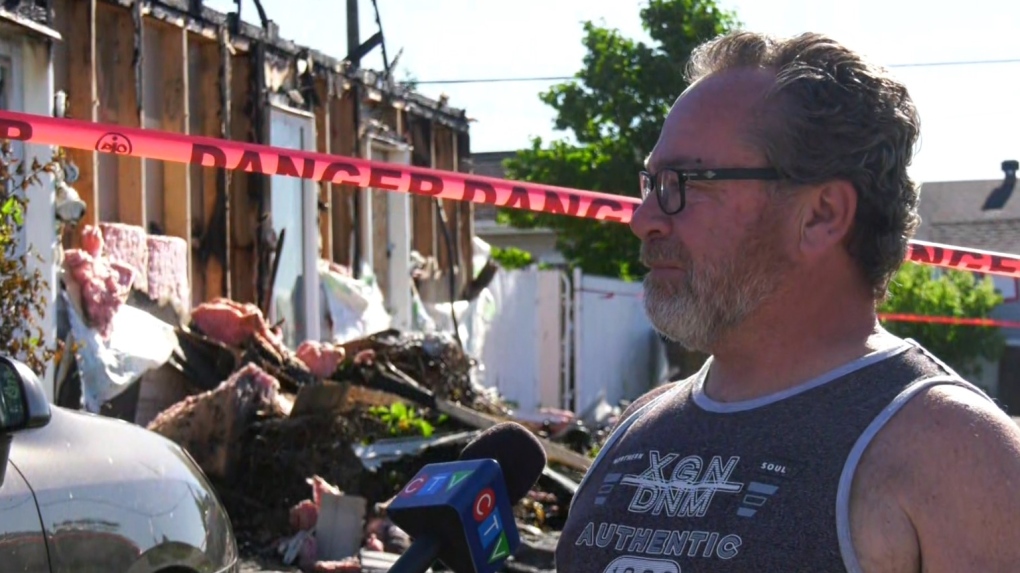 Benoit Paquette lost his family's home in the lightning strike in Ste-Marthe-sur-le-Lac.

A lightning strike burned a hole through their roof, and a fire ignited inside the house.

Paquette said he saw the flames from a distance as he was driving home. It wasn't until he got closer that he realized made the terrible realization.

"We said, 'There’s a house on fire… it was our home that was on fire," he said through tears.

Paquette said he lost most of his possessions, but is grateful his children weren't inside when the lightning struck. 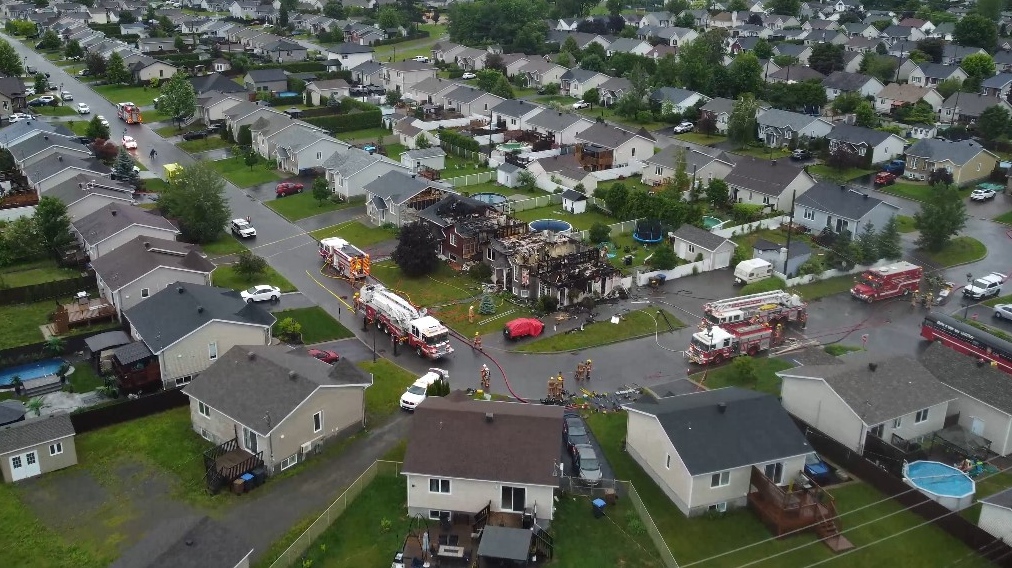 A still from a drone video shows the aftermath of a lightning strike that destroyed two homes in Sainte-Marthe-sur-le-Lac, Que. and badly damaged a third home during a thunderstorm on Thursday, June 16, 2022. (CTV News)

"I have never seen a fire caused by lightning destroying homes in my 22 years as a police officer," said Insp. Jean-Philippe Labbé with the Régie de Police du Lac des Deux-Montagnes.

Drone footage obtained by CTV News showed the aftermath of the intense storm on the residential street.

Two people were treated for smoke inhalation on site but did not need to be hospitalized. Nine residents were evacuated from their homes and have been taken in by the Red Cross and family or friends, he added. 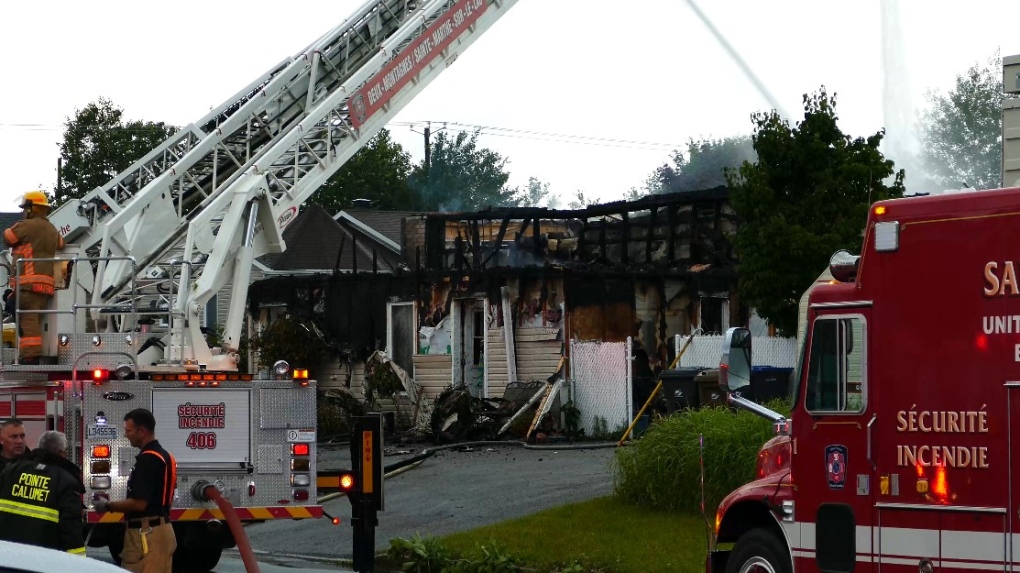 Firefighters douse a home with water after a lightning strike caused a fire on Cerisiers Street in Sainte-Marthe-sur-le-Lac, Que. on Thursday, June 16, 2022. (CTV News)

"Everyone is fine. We're very happy about this," Labbé said.

"It was pretty difficult because when [firefighters] got there the fire was pretty intense. Many hours after getting there they were still fighting the fire."

Firefighters from four neighbouring municipalities helped battle the blaze and were still on-site as of 9 p.m. 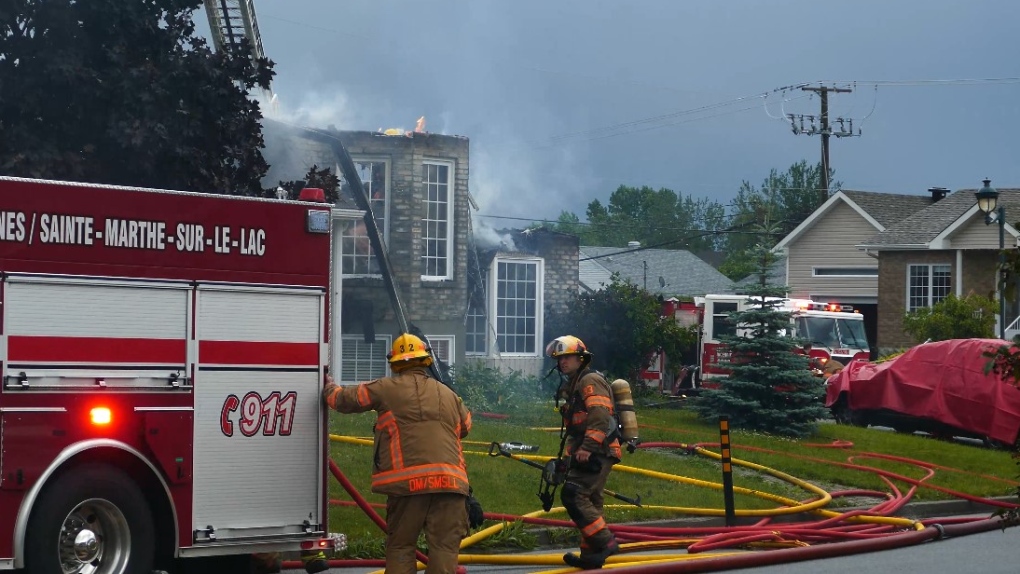 Firefighters battle a blaze caused by a lightning strike on a residential street in Sainte-Marthe-sur-le-Lac, Que. Thursday, June 16, 2022. (CTV News)