Quebec provincial police say they've arrested a suspect, effectively ending a state of alert advising people to "lock their doors" to protect themselves against the allegedly armed and "potentially dangerous" man.

On Friday afternoon, Quebecers got an emergency alert on their phones warning of an armed suspect in the Gaspesie region in eastern Quebec.

"Avoid the area," read the alert sent following an incident in the Saint-Elzéar-de-Bonaventure area. "If you are in the affected area, shelter indoors, lock the doors, stay away from windows and follow the instructions of local authorities."

Police say the man, who they did not name, was spotted at the corner of Central Road and Rte. De l'Est. He is 5'10" (1.78 metres) tall and weighs about 180 lbs. (82 kgs). He is white, with brown hair and green eyes. He was wearing jeans, a black top with a Jack Daniels logo and motorcycle boots.

Police arrested him at around 9:25 p.m. and brought him to a nearby hospital. He has since been released from care and will meet with investigators.

According to Stephane Tremblay, a spokesperson for the Surete du Quebec, the man in his 50s was found to be in a mental crisis in his home in St-Elzear-de-Bonaventure, about 900 kilometres northeast of Montreal, around 2 a.m. Friday.

The man was later said to be armed and seen wandering around in the forest near the town, which has a population of about 400 residents. 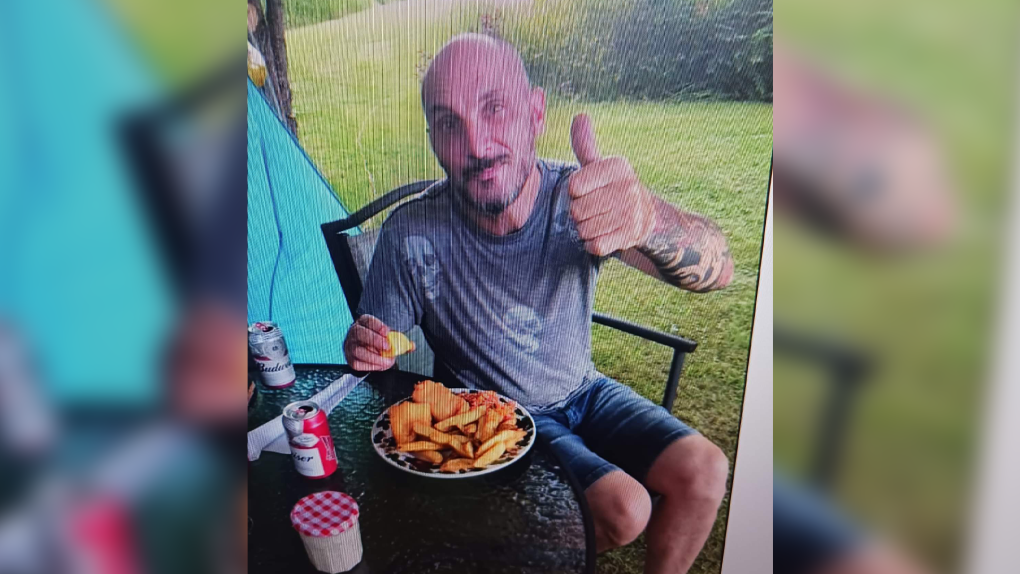 Quebec's provincial police released this image of a suspect alleged to be armed and potentially dangerous. Residents across the province got an alert advising them to take shelter due to a dangerous situation in Quebec's Gaspesie region on Sept. 2, 2022 (Image: Surete du Quebec)

The emergency alert was mistakenly sent out to the entire province, Tremblay said, although it was actually intended only for people in the region where the town is located.

Provincial police wrote on social media that they were investigating to find the reason why the alert was sent so far outside its intended reach.

-- Published with files from Max Harrold.