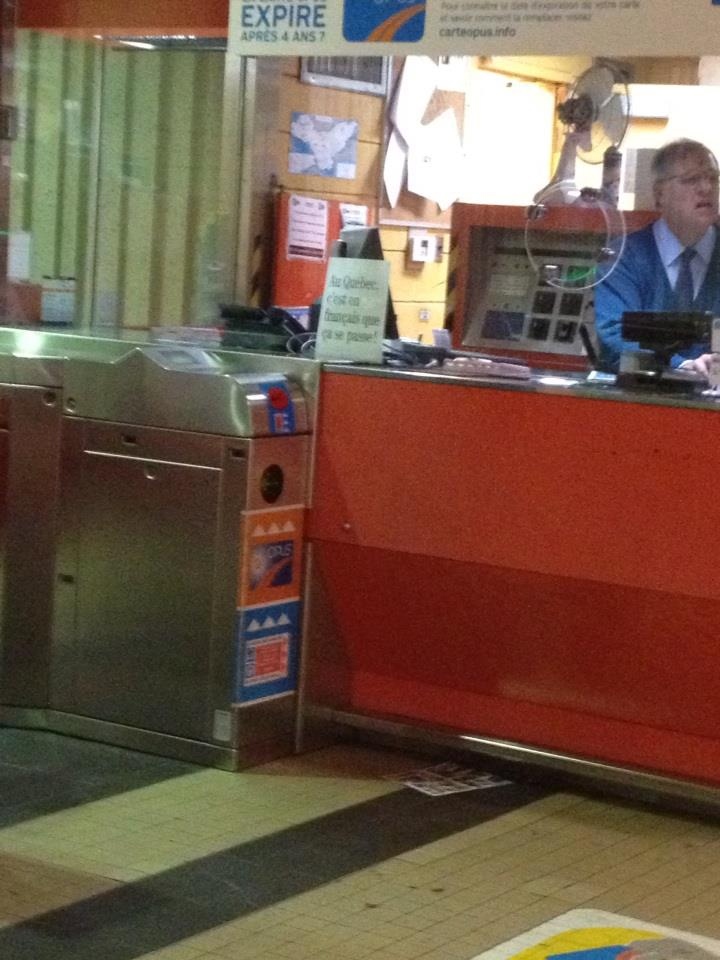 This sign was posted at the Villa Maria metro station asking customers to speak French only.

The STM says it will meet with some of its employees to discuss a controversial sign posted inside the ticket booth at the Villa Maria metro station Wednesday.

Written in French only, it reads: "In Quebec, we operate in French."

STM board member Marvin Rotrand said a number of users alerted them to the sign, and that no one is allowed to post signs on ticket booths.

“The sign puzzled quite a few people,” he said. “We will meet with the employees. We don't know who actually put it there. We're not making any presumptions but the rules are very, very clear: No signs allowed.”

The sign was removed Thursday morning, but by several accounts had been put back in place Thursday evening.