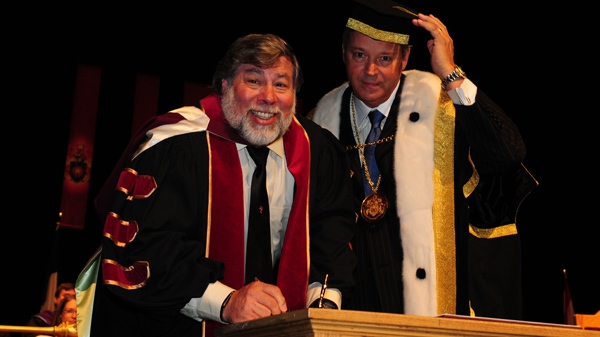 MONTREAL - Concordia University granted six honorary doctorates during spring convocation ceremonies, including one to the co-founder of Apple Computer.

Steve Wozniak was recognized during a ceremony Wednesday by the Faculty of Engineering and Computer Science for his "revolutionary contributions to personal computing and technological innovation," as well as his philanthropic work.

At ceremonies over the past few days, the recipients of honorary doctorates were joined by more than 4,700 new graduates from Concordia's four faculties and the School of Graduate Studies.

Beverley McLachlin, Chief Justice of Canada and the first woman to occupy the post, was also among those recognized.

Meanwhile, L. Jacques Ménard, Chairman of the Board of BMO Nesbitt Burns and President of BMO Financial Group, Québec, was officially installed as the university's new chancellor.