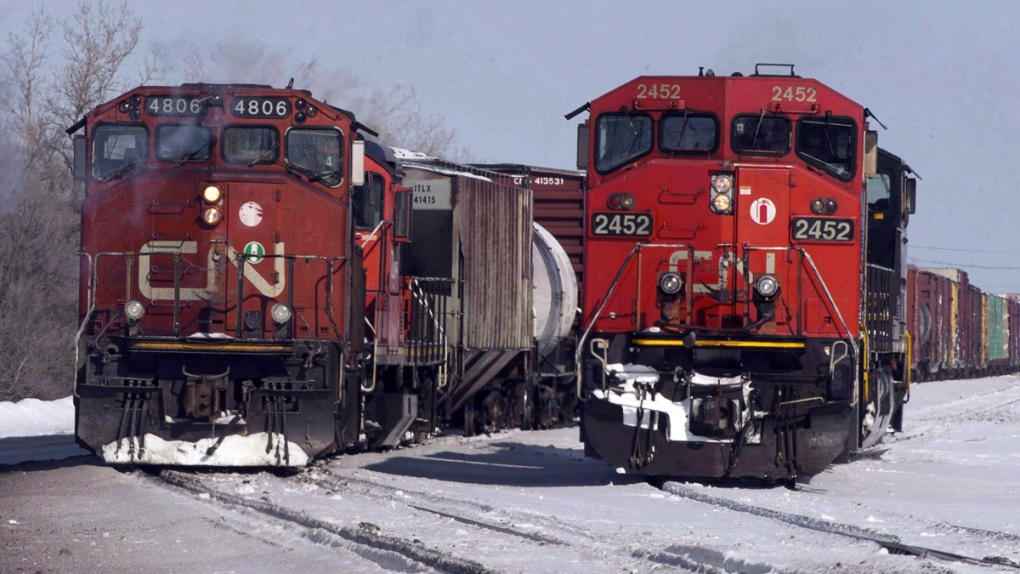 "The trade environment, when you look at how negative it was last year and how things seem to be at least turning, in the quarters to come we will start to see some of the positives of that. I know at the same time nothing is guaranteed," he said Tuesday during a conference call with analysts.

The pending ratification of the new North American free trade pact "can only be positive -- it's not going to be a huge positive, but rather than going backwards we're going to be moving forwards," Ruest added.

The country's largest railway says net income dropped 24 per cent to $873 million in the quarter ended Dec. 31, compared with $1.14 billion in the same period in 2018.

"We continued to witness weaker volumes driven by softness in the general economy and were also impacted by the conductors' strike in the quarter," chief financial officer Ghislain Houle said on a conference call with analysts Tuesday.

The eight-day strike by 3,200 conductors and yard workers last November -- the longest rail strike since 2012 -- brought the railway to a near halt, stopping shipments, triggering layoffs and disrupting industries across the country.

Keith Reardon, who oversees the company's consumer product supply chain, said the work stoppage "impacted our domestic business for close to a month."

With the exception of container shipping, the company suffered lower revenues across the board. Its two biggest bulk products took a significant hit, as revenue from petroleum and chemicals dropped seven per cent and grain and fertilizers fell six per cent.

The wind-down of the GM car plant in Oshawa, Ont., did little to bolster volume in the automotive category, where revenue fell eight per cent.

Revenue from containers, which accounts for more than a quarter of all freight income, rose by four per cent, however.

"Efficiency measures all worsened, which we attribute largely to the strike," said analyst Jim Corridore of CFRA Research in a note.

Ruest said CN will scale down its capital program, but still aims to invest $3 billion in capital expenditures this year versus a total of $7.4 billion over the past two years.

"We need to grow the pie. Just exchanging pieces of pie -- that's not a long-term solution," he said, citing a "turbulent economic environment."

"We'll have to do quite a bit of self-help," he said on the conference call.

Fourth-quarter revenue fell six per cent to $3.58 billion versus $3.81 billion the year before, CN said.

The result notched above analyst expectations of $1.20 per share -- which came following a revised forecast from CN in December -- according to financial markets data firm Refinitiv.

The board of directors approved a seven per cent increase in the 2020 dividend on the Montreal-based company's common shares.