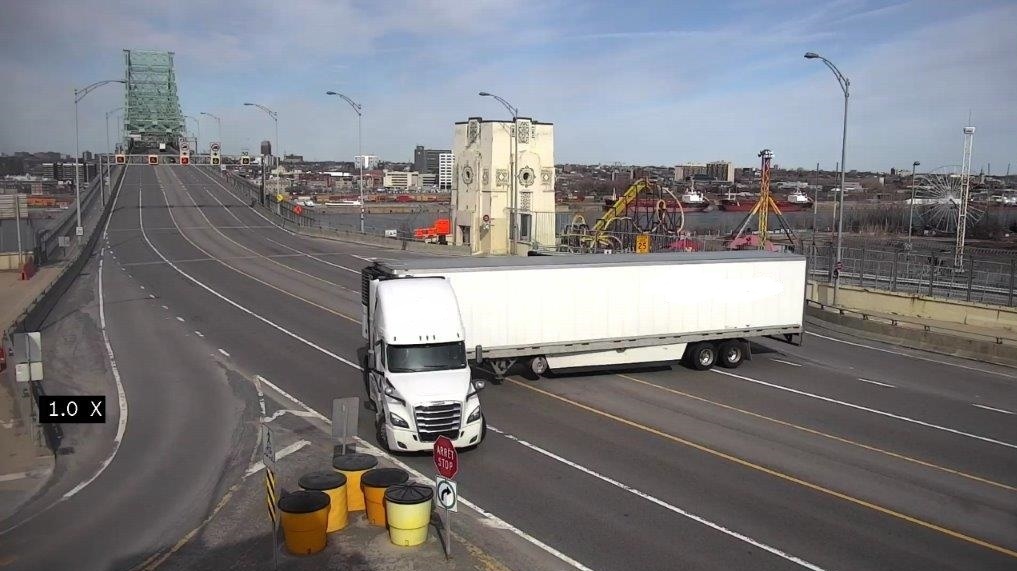 A semi truck driver wound up with a $1,546 ticket after performing an ill-advised U-turn on the Jacques Cartier Bridge April 8, 2020. SOURCE SQ

MONTREAL -- A truck driver wound up with a hefty fine Wednesday morning after he nearly jackknifed his rig on Montreal's Jacques-Cartier Bridge, at one point blocking five lanes while performing an illegal U-turn.

The 53-foot trailer truck was travelling towards Montreal on the bridge when the driver performed the ill-advised U-turn near the Parc Jean-Drapeau exit around 9:35 a.m.

Quebec provincial police reported that, along with the PJCCI (Pont Jacques-Cartier et Champlain Incorporée), authorities located the driver and delivered a ticket worth $1,546, along with four demerit points.

"This action temporarily blocked the five lanes, and could have resulted in a collision," the SQ said in a news release.