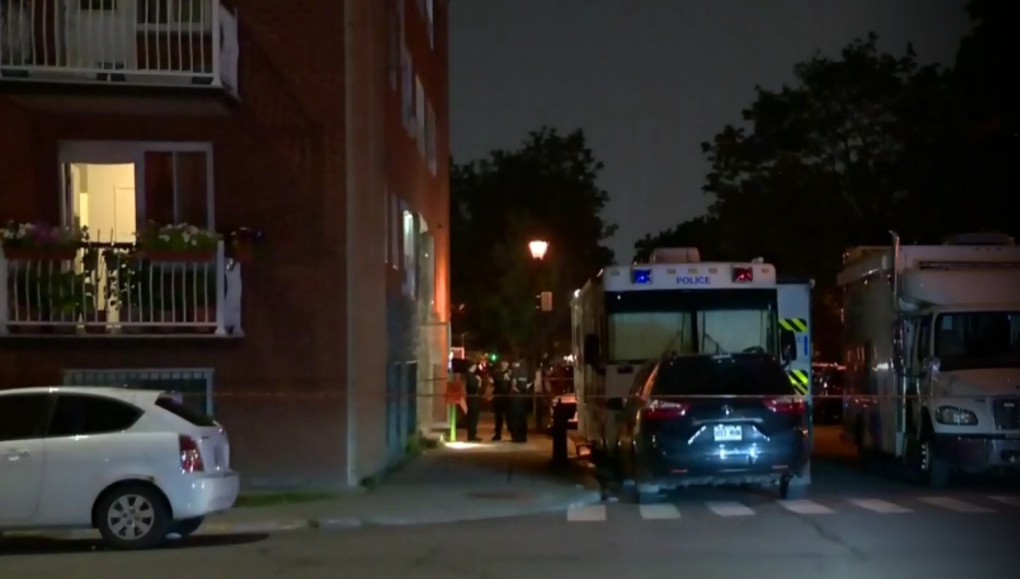 A 32-year-old woman is dead after what appears to be another alleged femicide in Montreal. (Cosmo Santamaria/CTV News)

MONTREAL -- The Coroner’s office has identified the body found in Rivière des Prairies, between Montreal and Laval, as that of Navdeep Singh Ghotra, a man wanted in the killing of his 32-year-old wife on July 19.

The murder of Rajinder Prabhneed Kaur is believed to be the 14th femicide in Quebec this year.

Wednesday morning, workers near a Hydro-Quebec generating station on the river discovered the body and reported it to police.

The 30-year-old man was the subject of a days-long manhunt by Montreal police (SPVM) after Kaur's body was discovered in an apartment on Birnam Street, near Saint-Roch Street in the Parc-Extension neighbourhood.

A child, and possible witness, was also found in the apartment, the force added.

Ghotra was known to police, having been released on bail with conditions in May after allegedly uttering threats against his wife.

Court records show he was awaiting a trial date on Oct. 8 stemming from his arrest on May 19.

Officers started searching the waters last Tuesday after the suspect's car was found near the Lachapelle Bridge.