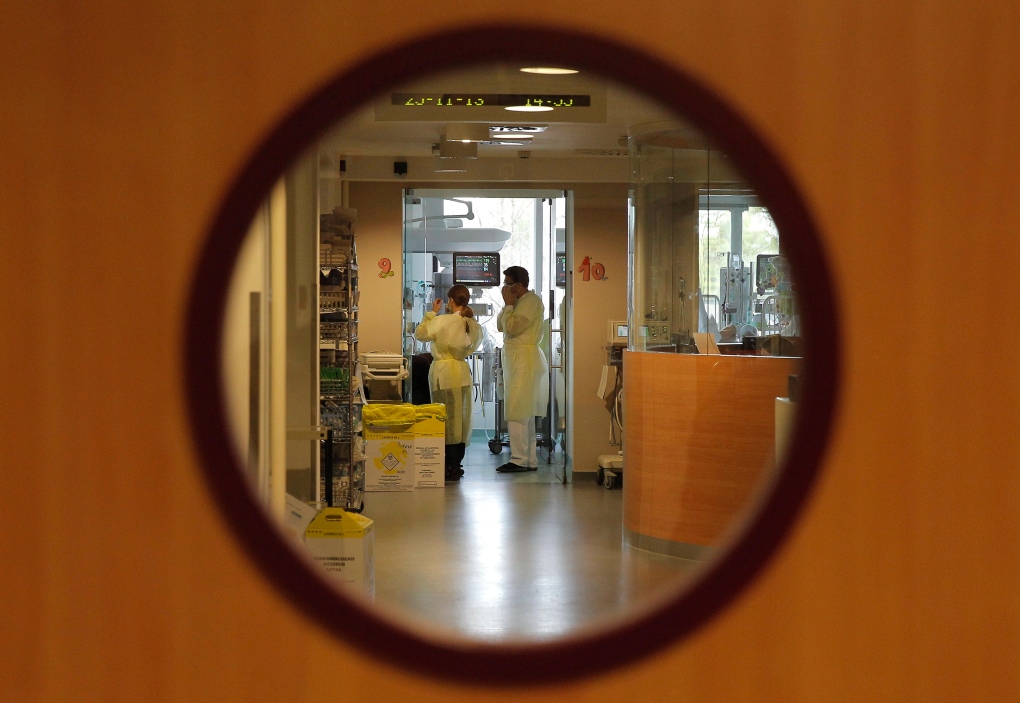 Doctors visit a patient at the intensive care unit of the Queen Fabiola Children's Hospital in Brussels on Nov. 25, 2013. Two committees of the Belgian Senate say the country’s euthanasia law should also apply to children in certain cases. (AP Photo/Yves Logghe)

MONTREAL -- Eleven years after Belgium passed its euthanasia laws, there remain many risks and abuses, the dean of the faculty of law at a Belgian university told a Montreal audience Sunday.

Professor Etienne Montero of the University of Namur said most requests in Belgium are not rooted in physical pain which can be controlled, but in psychological suffering.

Originally, Belgian law stated that psychiatric or depressed patients would not be targeted, but the Belgian Control Commission approves euthanasia in such cases today.

The Coalition of Physicians for Social Justice agrees with Montero, saying insights from his book Rendez-Vous with Death shows euthanasia safeguards don't work, and that it's very difficult to set legal boundaries.

“Now presently in Belgium they're going to pass a law to euthanize children. They are already euthanizing people who are depressed or tired of life because they have taken the interpretations of saying physical and/or psychological suffering - you don't have to have both, if you have one, why is that not enough? If you are suffering, it's a personal experience and it would be discriminatory for someone to judge what a person is suffering. What this teaches us is that despite the government's assurances that they will set very strict criteria, that won't work,” said Dr. Paul Saba of Physicians for Social Justice.

Saba said that just last week, Quebec's own Commission of Human Rights went on the record with a legal opinion that not allowing euthanasia of children 14 years old and up is discriminatory, an early example he says of a dangerous, slippery slope.

Montero’s talk comes after a bill to give residents in Quebec the right to request “medical aid to die” was introduced in the province’s National Assembly in June.

Bill 52 aims to spell out the conditions for someone to get medical assistance to die, as well as the necessary conditions for a doctor to become involved. If the bill passes, it would be the first legislation of its kind in Canada.