Bachand: Quebecers need to pay for the public services they use 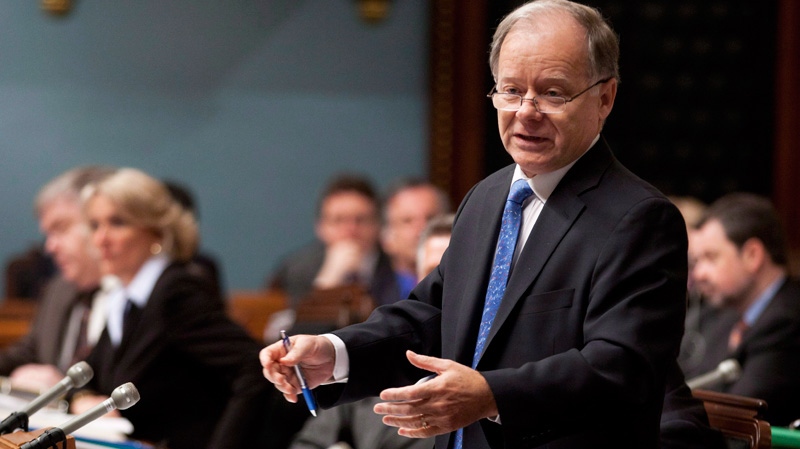 MONTREAL - Quebecers who make use of public services should expect to pay a part of the final bill out of their pockets, according to Finance Minister Raymond Bachand.

In an interview with The Canadian Press on Sunday, Bachand laid out how his March 20 budget will see taxpayers shoulder a "fair share" of the government's fiscal burden.

This budget, Bachand's third, will be watched closely as it is widely expected that the Charest Liberal's will use the document as a central plank in their attempt to secure a fourth consecutive mandate later in 2012.

Calling for a "cultural revolution" in budgeting in the province, the minister revealed that he felt a healthy society was one where people accept this following premise: "I want these services, but I can't always ask for others to pay for me."

Long heard as a response to student protests against the government's plan to nearly double tuition fees by 2017, the formula of "everyone must pay their fair share," has become a mantra for the Charest government in all sectors of the public service.

"That principal should be applied everywhere, except for in basic health care, because as a society we've decided that health should be free," said Bachand.

While the government will maintain the right to define a citizen's "fair share," the Charest Liberals have already done much to increase the burden of government services: by increasing PST, fuel taxes and introducing a $200 health fee.

With a fragile economic situation, the Liberals have pushed back their plan to eliminate the budget deficit from 2014 to 2015. In doing so, nearly a $1 billion of planned cuts were eliminated.

Estimating a surplus of $2 billion in 2015, Bachand would use the money to pay down the province's $173 billion debt—at 55 per cent of GDP, the highest amongst Canadian provinces.

To help finance social programs as the province's population ages, Quebec is betting on wealth creation in the budget. As part of the government's Plan Nord, the March 20 budget will target the exploitation of natural resources.

"The Plan Nord is a real thing that is becoming a reality, and it is going ahead well," said Bachand.

Nearly $1.6 billion was set aside in last year's budget to finance infrastructure improvements over the next five years.

To help stimulate the economy, Quebec will also be creating a new capital fund in a sector of that economy that the minister was unwilling to name.

"It isn't by sleeping on the pedal that we will take our place in the world," said Bachand, claiming that the new fund will help Quebec be globally competitive.

Plans to shift long-term and senior care from hospitals to homes, as well as new private retirement options, will also be part of the budget, to be released a week from Tuesday.