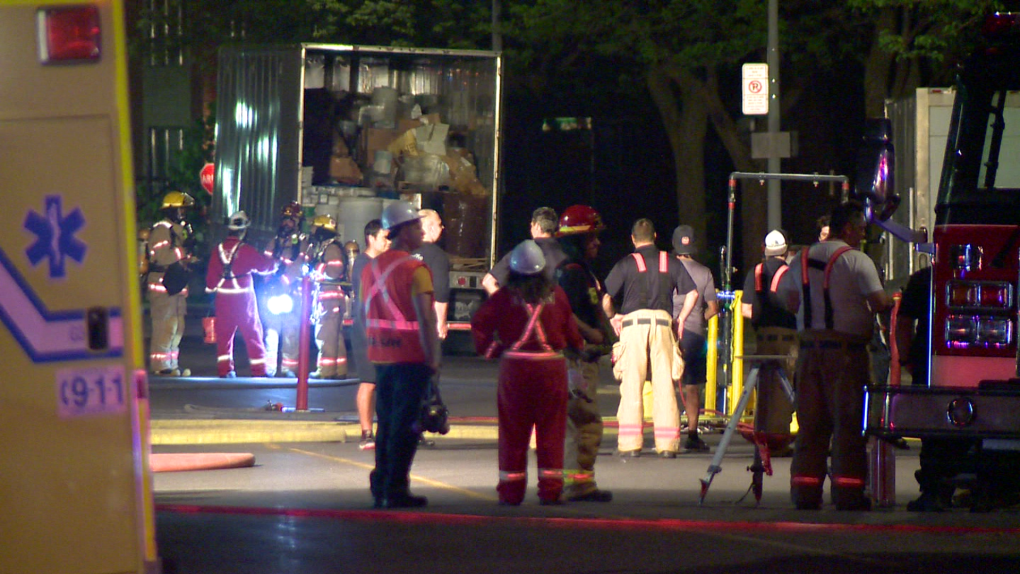 Officials were called to look into an abandoned truck in LaSalle, which residents said was leaking fluid and could have been there for up to three weeks. / Cosmo Santamaria, CTV Montreal

MONTREAL -- Officials were called to investigate an abandoned truck that residents said was leaking fluid in LaSalle on Wednesday afternoon.

Once they arrived at the scene on Léger Boulevard, Montreal firefighters noticed the 53-foot truck contained unidentified material. They opted to call Environnement Québec and a transportation company to handle the situation since they were only “there as support,” said section chief Marie-Eve Beausoleil.

Beausoleil also said the truck may have been there for up to three weeks. 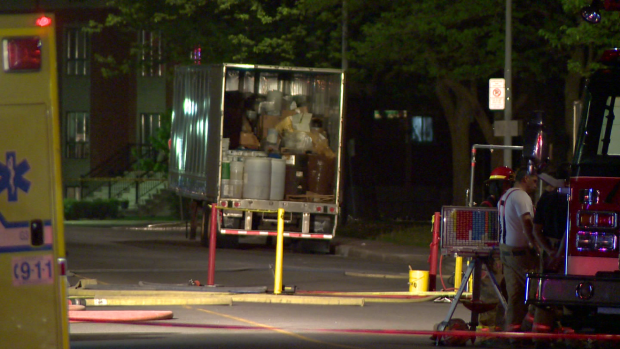 “Inside, there were products that weren’t identified, and the vehicle wasn’t identified either, which is why we called a specialized company,” she said.